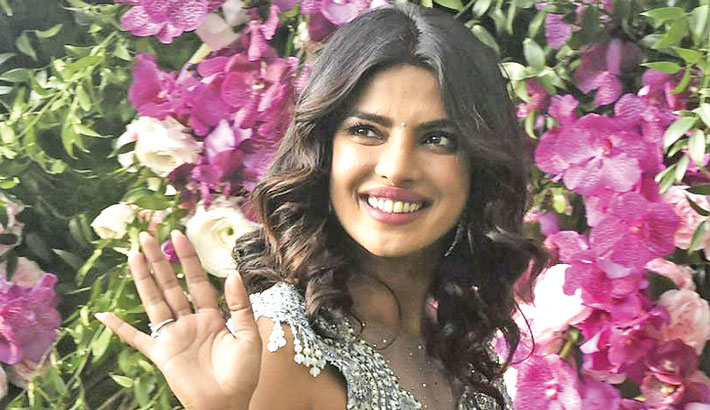 Priyanka Chopra, who has been named the Beauty of the Year by People Magazine, has said that she has realised ‘looks aren’t everything’. She told People in their upcoming Beautiful Issue, “In the world we live in, the standard of beauty is not really real, and that’s something that we have done to ourselves”, reports Hindustan Times.

She added, “I think I realized what all it takes to actually look the way we do on magazine covers and the work we do. That’s when I realized looks aren’t everything, it’s the confidence with which you walk into a room, it’s the ability to do your job to the best of your capabilities.”

Priyanka has appeared on dozens of magazine covers over the years, the most recent being for Vogue’s Netherlands edition. Priyanka appeared in her bridal gown for the magazine.

Her lavish Jodhpur wedding to Nick Jonas was covered in a special spread in People magazine. The couple recently shared pictures from their first ever Easter celebrations. She said she plans on being an, “extremely glamorous old lady, who will always have an opinion on everyone. I’ll be super fun and yeah, [mine] will be the house everyone will want to come to.”

The actor has spent her post wedding months travelling the world for work and pleasure, along with Nick. She accompanied her husband to the Miami sets of his latest music video with the Jonas Brothers.

Priyanka will make a return to Bollywood after several years spent working in the West, with director Shonali Bose’s The Sky is Pink. The film also stars Zaira Wasim and Farhan Akhtar. She recently announced that she would be playing the controversial spiritual figure Maa Anand Sheela in an upcoming film, directed by Oscar-winner Barry Levinson.