SRK, Salman to reunite for Dabangg 3? 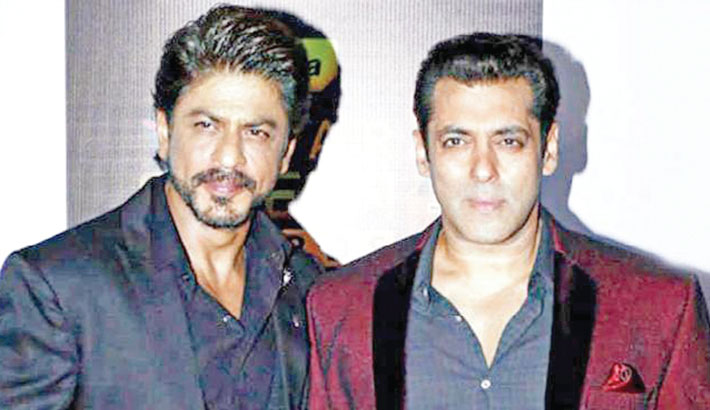 Shah Rukh Khan made a special appearance as a magician in the Salman Khan-starrer Tubelight (2017). Sallu appeared in a song in SRK's last outing, Zero (2018). If the industry grapevine is to be believed, the two stars will team up again, reports mid-day.

It is said that King Khan will be making a cameo in Dabangg 3. Buzz is that Sallu is keen that SRK feature in the portion that traces his character, Chulbul Pandey's journey. Sources say SRK has given his nod.

King Khan is also slated to make a special appearance in Atlee Kumar's Tamil film, Thalapathy 63, which stars Vijay. SRK is being roped in for the sports drama's climax. This has further fuelled rumours about Shah Rukh working in the Hindi remake of Atlee's 2017 film, Mersal.

The director was recently spotted with the superstar during the Kolkata Knight Riders versus Chennai Super Kings match at Chepauk. Atlee and SRK have discussed the possibility of a remake, but King Khan has yet to take a call.

Not only this, a web portal recently reported that Sonakshi Sinha may not be the only actor opposite Salman Khan in the upcoming third edition of the Dabangg franchise. It is suggested that Sallu will be seen alongside another actor for the portions of the film that see him in a young avatar. We suppose, even Chulbul has a back-story!

Dabangg 3 is being helmed by Prabhu Deva. The film marks the second collaboration of Salman and the director. The two have previously worked together in 'Wanted'.