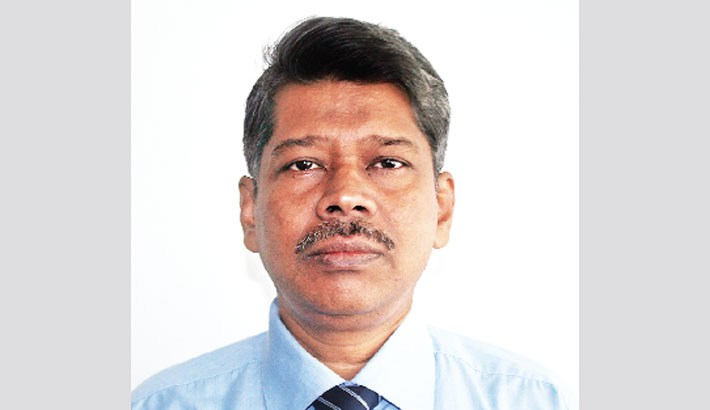 DNA or deoxyribonucleic acid, a kind of mega-molecule which acts as a carrier of traits (Gene) from parent to its generations consisting of the helical structure looking like a backward spiral staircase of an old building. The two parallel handles along the staircase are made up of deoxyribose sugar and phosphate in order. The steps are made up of nitrogenous base purine (Adenine and Guanine) and pyrimidine (Thiamine and Cytosine). Adenine (A) is able to pair only with Thymine (T) and the same way Guanine (G) with Cytosine (C) through hydrogen bonding. This is somewhat the easiest description of DNA. I do not have any scope to describe it in detailed here. Rather I would say a few words on its long journey from Nuclein to Nucleic Acid and also how DNA and the structure of DNA were discovered to some extent.

Many of our young generations became enthusiastic about DNA since the declaration of the genome sequence of jute by the Honourable Prime Minister of Bangladesh before the members of the parliament in 2010. She considered the effort as a huge success at least in the context of Bangladesh. In fact, this was an initiative of the Honourable Prime minister herself. The then agricultural minister Mrs Matia Chowdhury had her direct intervention in this programme. The planning and execution was under the supervision of the expatriate Bangladeshi Molecular Biologist Dr Maksudul Alam. A group of young, energetic researcher from Dhaka University and Bangladesh Jute Research Institute worked under his direct guidance.   Local Data Soft Company, Bangladesh Ltd provided the digital support.

The local media described the achievement as unravelling the secret of life or something equivalent to this though the scientists are still far away to unravel the mystery of life. Therefore, I consider this as a misleading interpretation of genome sequence. However, British Physicist Francis Crick, one of the pioneers of the double helix structure of DNA, just prior to publish their paper (Watson, James Dewey; Crick, Francis Harry Compton (1953-04-25). "Molecular structure of nucleic acids; a structure for deoxyribose nucleic acid". Nature. 171 (4356): 737–738) in Nature, expressed his satisfaction in a pub within Cambridge campus that they had found the secret of life. Crick and his co-worker American Zoologist James Watson used to work in the Cavendish laboratory. The Director of that laboratory, Sir Lawrence Brag had to present a lecture at the Medical School Hospital in London on the achievement of double helix structure of DNA on 14 May 1953. News published in the News Chronical entitled “Why You Are You. Nearer Secret of Life”. Two other equally important papers (Franklin, Rosalind Elsie; Gosling, Raymond (1953-04-25). "Molecular configuration in sodium thymonucleate". Nature. 171 (4356): 740–741 and Wilkins, Maurice Hugh Frederick; Stokes, Alexander Rawson; Wilson, Herbert R.(1953-04-25). "Molecular structure of deoxypentose nucleic acids". Nature. 171 (4356): 738–740) were also published in the same issue of the journal Nature.

There were some dramatic events towards the development of DNA structure. The initial effort was to develop a quality image of the DNA molecule by the X-ray diffraction method. Linus Pauling (1901-1994), an American Biochemist tried to do that. New Zealand born British physicist Maurich Wilkins (1916-2004) was quite familiar with the methodology. An intelligent lady chemist Franklin Rosalind, also a British, was assigned to work with Wilkins of King’s college. She was experienced in working on X-ray diffraction while working at the Laborarorie Central des Service Chemiques de l’Etate, France. She applied her previous experience to improve the working facilities of X-ray Crystallography Unit of her new working place.

Wilkins was in a try to understand the DNA structure even before the joining of Rosalind. She continued the similar work but with a different view. She instructed her PhD student Raymond Gosling to shoot some images of the crystallized DNA.  Out of those photographs, the historic one was photo # 51. She used two types of DNA fibre; one is more hydrated than the other.  Being a highly trained chemist, she could realise that there might have been changes due to the hydrophilic nature of the Phosphate molecule. Accordingly, she observed that the position of Phosphate molecule is little outward from the main axis of the DNA molecule.

Thus she arrived at a conclusion that the DNA molecule is helical in nature. Due to some unavoidable circumstances, she had to leave the laboratory of Dr Wilkins. But prior to leaving she left behind the historic photographs with her PhD student Gosling. Even she had not published her works till then. Naturally, Gosling had to come back under the care of Wilkins. Without having any permission from Rosalind, Wilkins asked Gosling to hand over that photograph to Watson and Crick. Watson used to familiar with the work of Rosalind. Once he attended a seminar at King’s College presented by Rosalind. But he mentioned sometimes later that he was not so attentive to her lecture.

Anyway, should Rosalind had the photo plate # 51 with her and published the works based on it, the history could have a different turn. Most probably she was frustrated of not getting the exact treatment from her colleagues at King’s College. Pauling who also proposed a tri-helix DNA structure once visited Watson and Crick in their lab. Even he ignored Rosalind when he was visiting King’s College. Interestingly, Watson and Crick always considered Pauling as their competitor in the run of discovering DNA structure. However, Pauling was not satisfied with his proposed DNA structure.  He published a paper entitled “A proposed structure for Nucleic acid” in the Proceedings of National Academy of Science” in 1953 also. One of his concluding remarks was “Structure accounts for some of the features of the X-ray photographs but detailed intensity calculations have not been made and the structure cannot be considered to have been proved to be correct.”

Watson and Crick have discovered DNA---it’s a common misconception among many of us.  In fact, that was not. They worked with DNA to uncover the mystery of it along with the others mentioned here. Now the question is who discovered DNA. DNA was first identified by a Swiss scientist Friedrich Miescher in 1860.  He was trying to characterise the protein of leucocytes. Because, as per the initial conception, the protein was the carrier of genetic traits. Instead, he encountered a compound with a significant amount of Phosphorous what did not show the property of proteolysis (breakdown of protein with the help of enzyme) activity. He called that compound neuclein as it was extracted from the nucleus.  Nuclein is renamed as nucleic acid and more precisely as deoxyribonucleic acid or DNA as it is popularly known today. The succeeding famous researchers for their groundbreaking works on DNA are Frederick Griffith (1879-1941), Oswald Avery (1877-1955), a Canadian-American physician and American Phoebus Levene (1869-1940). Griffith, a British was the first man who demonstrated the role of DNA in heredity. Avery with his co-workers Colin MacLeod and  Maclyn McCarty discovered that genes and chromosomes carry the traits of heredity through DNA molecules. Based on the work of Avery, Erwin Chargaff proved that Nucleotide composition varied from one species to the other. As per his observation, irrespective of species or tissue, amount of Adenine (A) is equivalent to Thymine (T). The same is true for Guanine (G) and Cytosine (C). The subsequent scientists are the beneficiaries of all those findings to establish the DNA structure.  Out of those beneficiaries, James Watson (1928-) and Francis Crick (1916-2004) were on the top. Thus it could be said that Watson wan Crick did not discover DNA molecule but they were the members of the team who laid the foundation of the molecular biology or biotechnology explaining the structure of DNA.

Anyway, it has already been mentioned that the three most papers mentioned above to explain the DNA structure were published on 25 April 1953 in same reputed Journal “Nature”. The papers by Watson and Crick might have been given more importance compared to those of the others. They were awarded Nobel Prize in Physiology or Medicine in 1962. Maurice Wilkins, from the other group, was also awarded the same in the same year. Unfortunately, Rosalind Franklin was not in consideration as she was dead by that time. The Nobel Committee does not consider anybody for the prize who is dead already. Rosalind might be the victim of gender imparity, an attitude existed even in Europe that time too. Or else, if she was not, her student Raymond Gosling who shoot for the Photograph# 51 could be considered for the award.

The research related to DNA gets a new momentum since the mid-1950s (after the publication of those papers mentioned above). Many more groundbreaking discoveries like RNA, Genetic Code, Genetic Engineering, Genome Sequence, Gene Editing etc. are in progress with full swing.  The scientists of the National Human Genome Research Institute (NHGRI) accomplished a huge task of Human Genome Sequence in 2003. Now the Genome Sequencing technology is getting easier and cost effective too. The scientists are now doing the sequence of many agricultural crops, domestic animals, fishes etc. Rice scientists have sequenced 3,000 rice cultivars collected from all over the world. In addition to jute, Bangladesh scientists are now credited to the genome sequence of national fish Hilsa, Water Buffalo, and two kinds of fungus causing disease to Jute crop. The agricultural scientist in Bangladesh is now doing genetic fingerprinting of the crops, regularly.  Even in the hospital doctors are using the different biotechnological tools when they are asked to do for some special purposes.

As the studies related to DNA is getting easier, cheaper and popular all over the world, scientists from NHGRI decided to celebrate 25 April as the International DNA day to commemorate the day when James Watson, Francis Crick Maurice Wilkins, Rosalind Franklin and their colleagues published their groundbreaking works in the journal Nature.  Initially it was a National event in the USA but now getting popular around the world to extend the latest development of genomic research to the students, researcher and enthusiastic people to create awareness of the beauty of Molecular Biology or Biotechnology.