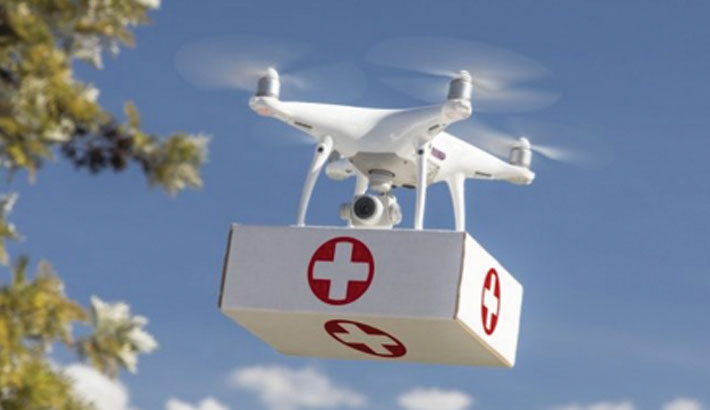 The craft are part of an ambitious plan to leapfrog problems of medical access in a country with poor roads, reports AFP.

“No one in Ghana should die because they can’t access the medicine they need in an emergency,” Akufo-Addo said in a statement to mark the launch.

“That’s why Ghana is launching the world’s largest drone delivery service,” Akufo-Addo said. “It represents a major step towards giving everyone in this country universal access to lifesaving medicine.”

The drones have been flying test runs with blood and vaccines, but the project was officially inaugurated Wednesday at the main drone base in Omenako, 70 kilometres (40 miles) north of Accra.