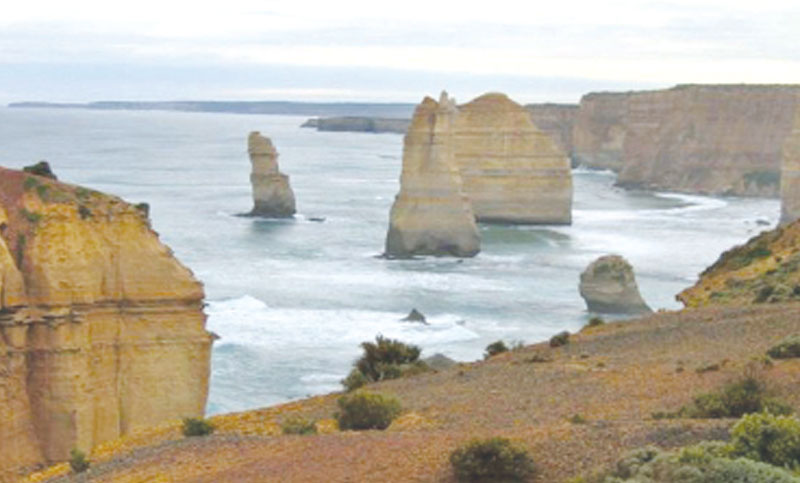 A father and son who were volunteer lifesavers have drowned while trying to rescue a tourist swept out to sea off the Australian state of Victoria.

The boat carrying Ross Powell, 71, and his son Andrew, 32, overturned as they tried to reach the man near limestone stacks known as the Twelve Apostles. The 30-year-old tourist was winched to safety by a rescue helicopter along with a third lifesaver from the boat. Australian PM Scott Morrison paid tribute to the Powells. “Surf lifesavers are selfless and brave,” he said on Twitter.

“We thank them all for their service and extend our deepest sympathies to Ross and Andrew’s family and friends.”

The incident has shocked the tourist town of Port Campbell, south-west of Melbourne, where the men were experienced members of the local surf lifesaving club. Floral tributes have been left at the club and flags there are flying at half mast, Australian media reported.

The tourist, who has not been named, was said to have got into difficulties while wading at the mouth of the Sherbrook River.

The lifesaving team set off in their boat but it flipped over in the rough surf, local officials said.

Andrew Powell’s partner, Amber Griffiths, described the father and son as “two of the most beautiful people to ever exist - always putting others first”.