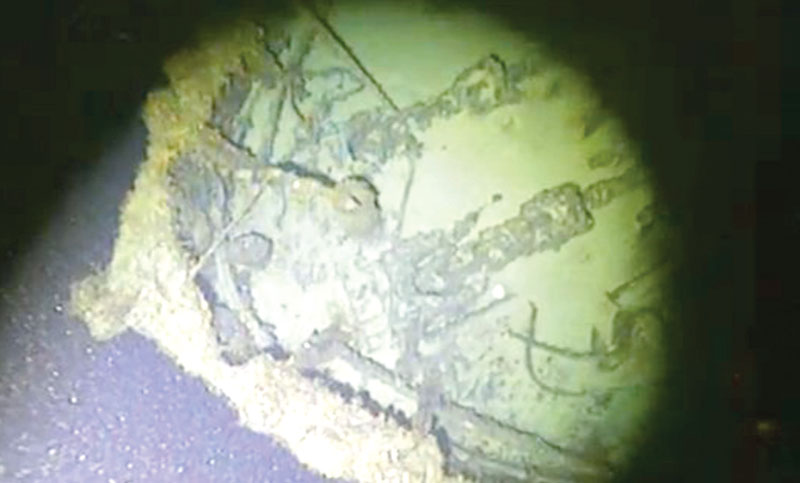 An Australian freighter sunk by a Japanese submarine during World War II has been located “relatively intact” in waters off the country’s southeast coast, archeologists said Tuesday.

The SS Iron Crown was hit by a torpedo on June 4, 1942 while carting ore in waters off Australia’s southern coastline near the state of Victoria, reports AFP.

The ship sunk within 60 seconds, killing 38 of the 43 crew members aboard.

“Locating the wreck after 77 years of not knowing its final resting place will bring closure for relatives and family of those that were lost at sea, as well as for

The ship appears “relatively intact” about 700 meters below the surface on the seafloor, they said.

“We have mapped the site and surrounding seafloor using sonar but have also taken a lot of close up vision of the ship structure using a drop camera,” chief scientist Emily Jateff from the Australian Maritime Museum said.

“This will allow us to create a composite image of the whole site to assist in follow up surveys for its conservation and management,” she added. Researchers said they plan to hold a memorial at the site.

The five survivors of the sinking vessel managed to grab life jackets and hold on to floating wreckage until they were rescued, according to the Victoria Heritage Council.