The Face of Destruction 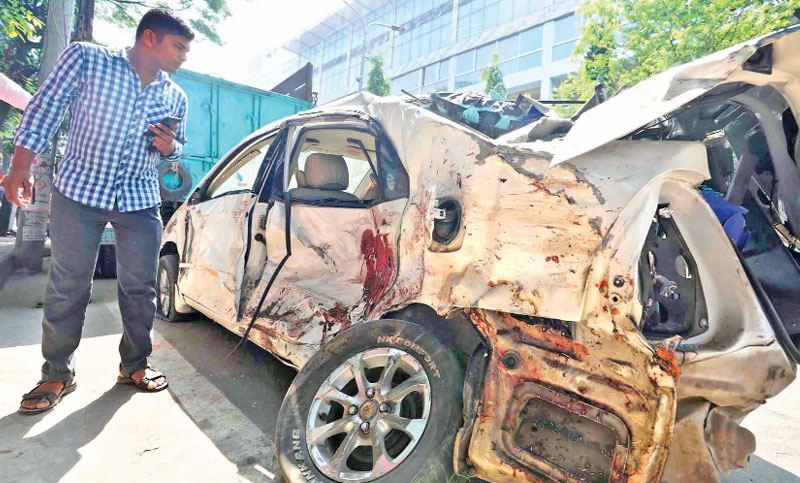 A seriously mangled car with blood spots on its body lies by a roadside after a collision with a bus in the capital’s Matsya Bhaban area on Tuesday. The crash left two people dead. — SUN photo

A fierce race among six motor vehicles claimed lives of two commuters and injured three others, including a schoolboy, at Matsya Bhaban in Ramna of the capital on Tuesday morning.

The identities of the deceased aged about 60 and 20 could not be known immediately.

Jahirul Islam, officer-in-charge of Ramna Police Station, said that the six vehicles, including buses, began to race, as the road was thin around 7:00 am.

At that time, three vehicles, two buses and a private car, were involved in a collision leaving the two men dead and three hurt.

Police seized the vehicles. Of them, there is a bus of Swadhin Paribahan which plies from Mawa to Mirpur.

Bus passenger of Swadhin Paribahan Monir Hossain said after losing control, the bus he was traveling hit another bus of Nuclear Power Division and a private car.