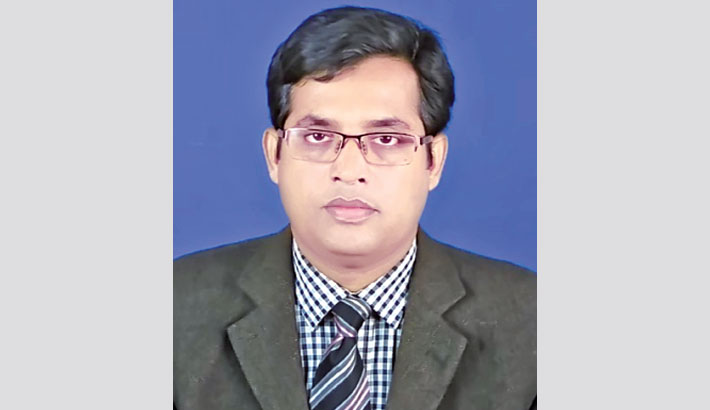 Infiltration in political parties is not a new issue in the context of Bangladeshi political culture. It has become a general trend that a large group of political beneficiaries infiltrate into the ruling party. Once they could manage to infiltrate, they start showcasing their power and influence on the genuine political supporters of the party. In different cases, we have seen that these groups of people have become leaders of the party at different levels. Now a moot question is whether such infiltration is good or bad for the political parties in the long run.

A number of factors have influenced the process of infiltration. First, the leadership conflict among leaders of local units of the party and conflict between MPs and local leaders are creating avenues for these groups to infiltrate as both groups want to strengthen their support base at the local level. The party based local government election has also created scope for these infiltrators to get into the mainstream of party politics. In the last two local government elections, we have learnt from different media sources that nomination was sold to these infiltrators by the local political leaders including the MPs at the cost of money. Even a number of strong supporters or leaders of Jamaat could manage to get the nomination for the post of Chairman in the UP election that took place in 2016. There are instances that someone having allegations of breaking the portrait of Bangabandhu has been given nomination by the party to contest Upazila Parishad election in 2018-2019. If the process of infiltration continues for the next few years, these infiltrators will pose a serious challenge to the supremacy of the party leadership.

The situation is distressing for the AL as they are in power for three consecutive terms. The political strength of the opposition parties has become so weak that even the strong supporters of the BNP and Jamaat have started to believe that they would not be able to retain power so easily. Thus, they are trying to infiltrate into the BAL. Being an outsider, I have a feeling that such a type of infiltration is not only creating frustration among the genuine supporters and dedicated leadership of the party but also exercising power for capitalising their personal benefits.

Such infiltration is not only taking place at the local level party politics but also at different professional bodies. In some cases, it makes me wonder how the infiltrators could manage to position them in different important posts at the government departments. Since I belong to academia, I have seen many who have occupied the highest position of the universities, despite the fact that they uphold the political philosophy of the opposition parties. There are few who contested elections from the BNP supported teachers' wing. Even there are many who never got involved in AL politics and remained busy in criticising AL's every action, have been gifted with the highest position at the university level.

There is a tendency that the members of the teaching community upholding the spirit of Bangladeshi nationalism are getting enrolled as the members of teaching communities upholding the spirit of Bangabandhu and the War of Liberation. It makes me think how the leadership of these groups are offering membership to them randomly. They do not even consider the fact that these people would never cast their vote in favour of the progressive candidates when they exercise secrete voting system. Like the teachers' politics, the same practice is seen in the case of student politics as well. A large number of students upholding the spirit of BNP and Jamaat have infiltrated into the politics of Bangladesh Chhatra League. They are on many occasions getting patronisation from the BCL leadership. This group of infiltrators outscore those students who are genuinely progressive at the university level.

Very recently, AL President has vehemently expressed her desire to make the party free from the control of the infiltrators. If she could manage to do it, it would be good for the party in the long run. At present, the dedicated supporters and leaders of the AL at the local level have started to become apathetic towards the party politics which is a very bad signal for the party as well as the government. From my own personal experience, I have seen that many seasoned politicians who were active during the anti-Ershad movement in different Upazilas and districts have been thrown away from the mainstream of politics. Instead, a group of new hybrid leaders have emerged as a powerful class at most of the Upazilas. These newly grown leaders do not have public support. That is why, they have got them engaged in making money at the cost of the reputation of the party. Thus, a pertinent question is why would the party carry these liabilities?

The government under the able leadership of Sheikh Hasina has been working hard to take Bangladesh at the next level of development. Due to her efforts, the country has attained tremendous success in many sectors. Thus, this is the high time to organise the party as it is the party that would compete for the election every five years. Thus, during the election, the party would be held accountable by the electorates. Since Prime Minister is the president of the AL, she will have to take some drastic action in order to empower the genuine and dedicated grassroots level members of the party. If the party fails to provide due respect and honour to the genuine supporters, this will have a negative impact on the party in the long run. If the party fails to make a reform aiming at making the party free from the infiltrators, a large group of the party supporters would take their face away from the party that would be costly for the party in the future.

Dr. Pranab Kumar Panday is a Professor of Public Administration and an Additional Directors of the Institutional Quality Assurance Cell (IQAC) of the University of Rajshahi.