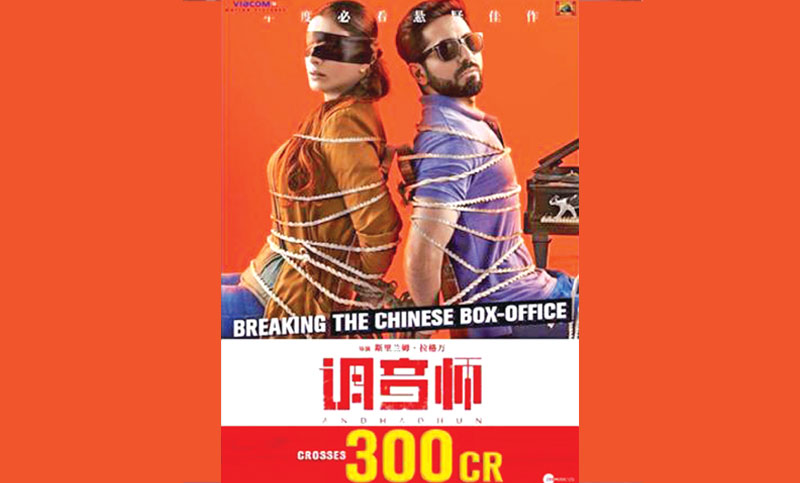 Sriram Raghavan's much-applauded directorial venture "Andhadhun" has grossed Rs 303.36 crore in China, making it the third highest grossing Indian film in the Asian country, says a trade analyst. Produced by Sanjay Routray's Matchbox Pictures, the film starring Ayushmann Khurrana, Tabu and Radhika Apte, among others, was released in China on April 3 under the title - "The Piano Player" and has taken the Chinese box office by storm ever since, reports mid-day.

"This is turning out to be an incredible April for all of us at Matchbox Pictures.

We are both overjoyed and humbled that Sriram's vision and our film is being celebrated across the world, not just at the box office but also by the critics," Routray said in a statement.

"It validates our belief in driving good content without unnecessarily thinking about what is 'commercial' and what is 'niche'. Ultimately, a film is 'good' or' bad' and the audience decides that," he added.