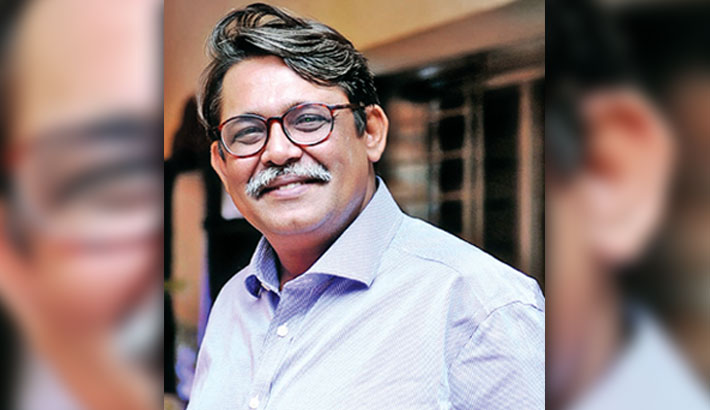 “Today’s morning will not be a good morning for peace loving people around the world, a series of bomb blasts in Sri Lanka killed at least 290 people and injured about five hundred others. Among the dead is our Prime Minister’s grandson Zayan. Let us begin the day by condemning the heinous incident and praying for those killed. May God bless us all!” A member of a group to which this writer belongs in the Facebook wrote as we woke up on Monday.

Another member wrote, “Let there be peace in Sri Lanka.”

It shocked the world and they all condemned it. Prime Minister Sheikh Hasina was among them and condemned the attacks in the strongest possible way, saying these terrorist have no nationality or religion, and must be dealt with all toughness.

Sheikh Hasina had herself faced the evils of terrorism and fought it out with all her might, making Bangladesh safe from extremists. Her fight goes on every day.

The news of the terrorist attacks in Sri Lanka on Sunday that killed at least 290 people and injured over 500 others in South Asia’s worst such attack in recent memory and the first such incident after peace returned to this island country with the fall of the separatist Tamil Tigers.

The gruesome and planned bomb attacks on churches where the Christian community prayed on Easter Sunday for world peace and well-being of all fellow beings. Thus there is a smell of religiously motivated attack.

The attack on five-star hotels is possibly to scare the foreign nationals as has been the case in other such attacks as well as the Holy Artisan Cafe in Dhaka.

Three churches in various parts of the country and four hotels in Colombo were hit.

The attack responsibility has been claimed by, tarnishing the image of Islam again as innocent people were killed or injured. These extremists have taken the wrong meanings of Islam and what the Holy Koran preaches – peace.

The pattern of the attack – a series of coordinated blasts at high-value targets, intelligence units said – was atypical of the Da’esh or the ISI.

“If you observe the pattern of the attack it is a classic Islamic State attack. A collective of people has been targeted using explosives. The government is working closely with Sri Lanka to get to the bottom of this. As of now, we are strongly suspecting IS because of the nature of the attack, but forensics will try to establish the explosive used, and the kind of detonator and other details to get to the bottom of this,” the French news agency AFP quoted an intelligence official as saying from Colombo.

What is strange in this attack is the delay by the terrorists in claiming responsibility, but that might come as when this piece is being written.

Sri Lanka’s small Christian minority - just six per cent of the 21 million-strong population - has been targeted by violence in the past, but never to such brutal effect and ethnic and religious violence has plagued the island nation in the Indian Ocean. The latest was between Buddhists and Muslims.

At least two of the explosions involved suicide bombers, including one who lined up at a hotel breakfast buffet before unleashing carnage.

“A foreign intelligence agency has reported that the NTJ (National Thowheeth Jama’ath) is planning to carry out suicide attacks targeting prominent churches as well as the Indian high commission in Colombo,” a police alert informed  the government more than a week ago.  The NTJ is a radical Muslim group in Sri Lanka that was linked last year to the vandalisation of Buddhist statues.

It appears that the warning was taken lightly and only an investigation would bring to light if that is true. But all countries, especially Bangladesh, should take lesson not to ignore any alert to save people from such heinous murders which kill only innocent people.

The attackers must question themselves if killing innocent people serve their religion or help in any way to achieve their goals. They must give up practices of such meaningless horrendous deaths.

We can only pray that all those who died in the attacks may find a place in heaven and that Sri Lanka can come out of this tragedy to build a strong South Asian nation. We stand with Sri Lanka in this time of national crisis and agony.