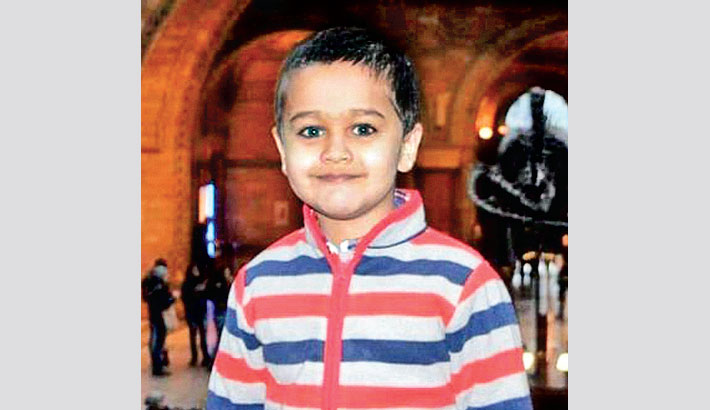 Grandson of Awami League leader Sheikh Fazlul Karim Selim, MP, was killed in series blasts in Sri Lanka and his body will be flown to Dhaka on Wednesday, his family said.

Zayan Chowdhury (8), son of Sheikh Selim’s daughter Sheikh Amena Sultana Sonia, was killed in an explosion that ripped through a hotel in Colombo where he was staying along with his family.

He along with his parents and elder brother went to Sri Lanka for holidaying. His father Mashiul Haque Chowdhury also received injuries and is undergoing treatment at a Sri Lanka hospital.

His namaze janaza and burial at the Banani graveyard will take place after Asar prayers on Wednesday.

At least 290 people, including 35 foreigners, were killed and about 500 were injured critically during a wave of blasts at churches and luxury hotels in Sri Lanka on Sunday.

The Easter Sunday bombings were the deadliest violence Sri Lanka has witnessed since the end of the country’s civil war in 2009.

On Sunday, Prime Minister Sheikh Hasina at a reception in Brunei said the son-in-law of Sheikh Selim was injured during the explosions in Sri Lanka and his grandson remained missing.

that he body of Zayan will reach Bangladesh on Wednesday.

Zayan’s father is undergoing treatment and was unable to travel.

Federation of Bangladesh Chambers of Commerce & Industries (FBCCI) expressed deep condolence at the death of Zayan Chowdhury, the nephew of its senior vice president Sheikh Fazle Fahim, in the series blasts in Sri Lanka on Sunday.

They also prayed for the salvation of the departed soul and expressed sympathy to the bereaved family members.