Katrina, Akshay to reunite after 9 years for Sooryavanshi 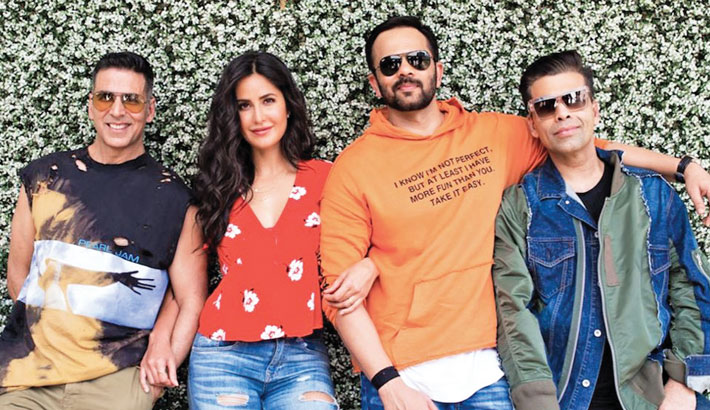 After playing ping-pong with cinephiles’ hearts over whether or not Katrina Kaif would pair up with Akshay Kumar in Sooryavanshi, Rohit Shetty’s team has confirmed that the actor has indeed been zeroed in as the leading female face in the film. Speculations of Kaif reuniting with Kumar after their chemistry in films like Singh is King (2008) and Namastey London (2007) was applauded, had been doing the rounds for a while, reports mid-day.

Now, Shetty’s spokesperson has confirmed that Kaif has hopped aboard the film, with a source adding that she will play wife to Kumar’s character. A trade source says, “Katrina was approached to play the female lead earlier this year and had been in talks with the makers. There were speculations that Pooja Hegde had joined the film but Rohit had negated them. Akshay and Katrina have delivered many blockbusters. As a pair, they are popular with fans, and at the box-office.”

Pointing out that the team had so far steered clear from discussing her association with the film since deals may fall apart owing to scheduling or payment conflict, the source adds that the actor has signed on the dotted line. Sooryavanshi sees Kumar as deputy commissioner of police in a film that marks the second spin-off of the director’s Singham, headlined by Ajay Devgn. Along with Singham and Simmba (2018), featuring Ranveer Singh, Sooryavanshi is an extension of Shetty’s ambitious Avenger-like cop-universe.

“Akshay has always suggested Katrina for his movies, but she would turn them down because she was searching for a strong role. As Akshay’s wife in this film, she will play a vital part; a pillar of strength as he fights corruption,” says the source, adding that Devgn and Singh are expected to make special appearances as their respective characters in this film.

“It’s an original story inspired by a few real-life incidents involving the ATS squads. The duo has worked on the film’s poster. The dialogues have been penned by Farhad Samji. The creative team just returned from a marathon scripting session in Goa, last week.” Kumar and Kaif reunite nine years after they last featured in Tees Maar Khan.