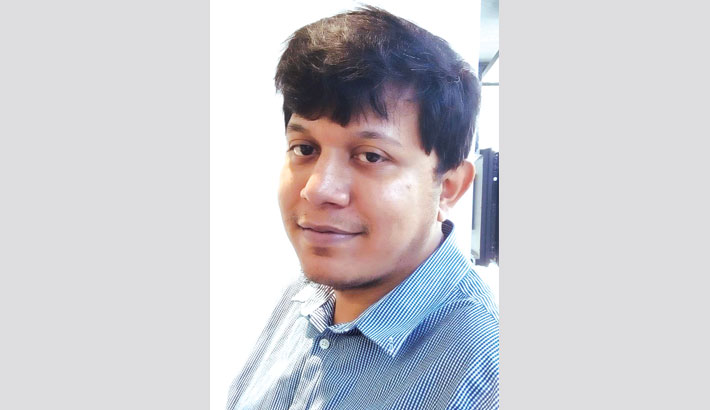 Terror has struck again. Hardly a month has passed by since the New Zealand tragedy, we are at it once again. Terrorists detonated massive bombs in three churches and several other hotels. The bomb explosions have killed about 300 people and splintered many others. The number we fear will increase. The bomb devices were so strong that the whole buildings were shaken off by the blasts. The witnesses said that many people died on the spur of the moment. There was panic and people were running to and fro for saving their lives. It was a chaotic situation. The buildings were set ablaze. Thus far, nobody knows who the murderers are. Whoever they are, we cannot call them human beings.

Bangladesh is also reeling from that tragic incident. Unfortunately, some Bangladeshis are missing. From Brunei, Sheikh Hasina was quoted as saying, "Sheikh Selim’s daughter, son-in-law and two children were in Sri Lanka. The son-in-law, Prince, was hurt when the restaurant came under bomb attack. He has been hospitalised while there is no trace of the 8 and a half year old boy. Please pray for their safe return" (Daily Sun 20.4.19). Daily Sun in another news reported that Bangladesh Awami League's Presidium Member Sheikh Selim has lost his 9 year old grandson in blasts in one of the hotels where he was breakfasting with his father. It is really a tragic loss. May his parents, friends and grandparents find strength from the Almighty to recover from this unwanted loss. Losing a child is the most dreaded moment for parents. No word can describe what the parents go through at this moment. Our thoughts go out to all the family members subjected to these unfortunate moments.

The world media is putting blames on suicide bombers. I don't want to jump into any conclusions. I would like to point my finger at the lax security measures the minority Christians were put up with in front of religious institutions. In Bangladesh, our security forces are always on high alert when there are major religious celebrations. Since the Pahela Baisakh bomb blast in 2001, out security is mostly very tight. But we should not sit on our laurels.

The Sri Lankan secret services knew it beforehand that the country would be in the danger of terrorist attacks. But no concrete action was taken to diffuse the situation. The Sri Lankan Premier Ranil Wickremesinghe had no clue about the intelligence report. It was not provided to him.  Questions need to be asked. Why were the intelligent officials slow in reacting? Why did not they do more? Why didn't they pay serious heed to the warnings they received from multiple sources? Are some of the army officials disgruntled over the rule of Wickremesinghe? Are they looking to receive personal benefits by making Sri Lanka chaotic? We don't know the reasons. But we cannot deny the presence of any conspiracy theory. Is it an internationally orchestrated attack? We don't know much at the moment.

It is a positive gesture from the Sri Lankan Muslim Council spokesperson to come out with a statement after the news of blasts had circulated through different national and international news portals. He said,  "We mourn the loss of innocent lives due to extremist and violent elements who wish to create divides between religious and ethnic groups to realise their agenda" (21 April, the Guardian, UK). Prime Minister Sheikh Hasina said, "Terrorists are terrorists. They've no religion, caste and state. They're terrorists. So, all will have to be vocal against them" (21 April, 2019, Daily Sun). Religion spreads peace and harmony. Islam does not support the killing of innocent people. No religion does.

No country is safe. We leave our country thinking that the new pasture on the other side will be safer. People talk about the law of probability which makes our country less secure than others. The sense of security is preordained in our brain.  Even in the most developed countries of the world there are safety issues. Post Brexit years, United Kingdom has become hostile towards people of other creeds and races. In football matches, the black footballers face monkey chants from a section of white supremacists. Even in Spain and Italy, in some matches, crowds throw banana skins at black footballers. Blacks are denigrated for their skin colours. They are compared to apes. One of the Black English international footballers named Danny Rose threatened to retire in protests against the torrent of abuse he has had to go through because of the colour of his skin. Maybe those white people feel that they have the sole right to live in the country of their birth. They are not welcoming to immigrants and refugees. White supremacists forget that they were also immigrants from other regions. Since Adam and Eve, the first human beings on earth, started living; we all are settling into the world. We are itinerant members here. Our death puts an end to our settlement. Perhaps, these white supremacists feel jealous of black people earning more money than they do. Many Brits of mixed heritages are leaving the United Kingdom out of the feeling of ostracisation. Race is just a signifier to mask all other interrelated problems. The Holy Qur’an mentions about some fanatics who try to use religion as a tool for spreading violence and corruption in the country. The Almighty has preserved strong punishments for them.

I am a Muslim. I am a human being. Both identities are important for me. If a Muslim gets involved in hate crimes, I feel bad. Later on, I pacify myself by thinking that these are not Muslims. Real Muslims don't ever kill people. They don't have any thirst for blood. When these terrorists get on a rampaging mood, the tone of Islamophobes goes high. The world media starts criticising our believers. The reputation of general Muslims gets dented and tainted. These warmongers don't belong to any religion. They are terrorists; plain and simple. Whatever their nationalities are, whatever their religions are, we should continue to condemn their terrorist actions.

The hospitals in Sri Lanka have been inundated with the massive influx of injured people. Many Muslims, Buddhists, Christians and Hindus have rushed there to help others. It shows that we believe in harmony. Some extremist elements try to spread the message of hatred. It will never be possible. Peace is always the winner. Religion propagates peace. We have more God-fearing people: peace-loving people. We don't like harming other people in the name of religion. Religion is sacred. It is our faith. Nobody should be allowed to destroy our faith. Let all of us live harmoniously and peaceful with each other's faith.

The writer is lecturer, department of English, Chittagong Independent