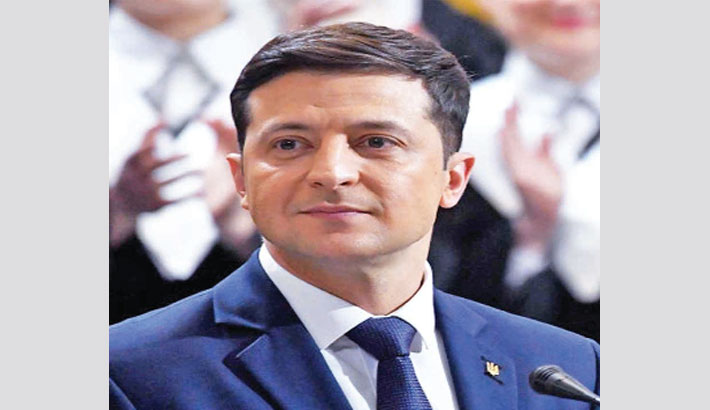 KIEV: A comedian with no political experience won a landslide victory in Ukraine’s presidential election, drawing congratulations from global leaders while dealing a stunning rebuke to his country’s political establishment, reports AFP.

Volodymyr Zelensky, whose only previous political role was playing the president in a TV show, trounced incumbent Petro Poroshenko by taking 73.2 percent of the vote, according to nearly complete official results released early Monday.

Poroshenko garnered just 24.4 percent, losing to the 41-year-old comedian and actor across the country, with 85 percent of ballots counted after Sunday’s election.

It was an extraordinary outcome to a campaign that started as a joke but struck a chord with voters frustrated by social injustice, corruption and a war with Russian-backed separatists in eastern Ukraine that has claimed some 13,000 lives.