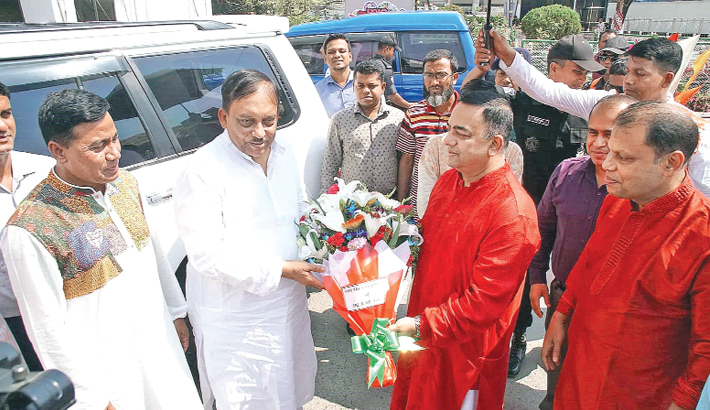 Rapid Action Battalion (RAB) has celebrated Pahela Baishakh at its headquarters in the capital’s Uttara area on Saturday.

RAB Director General Benazir Ahmed and other high officials of the force received the minister upon his arrival in the morning.

Buildings on the RAB headquarters premises were colorfully decorated while colourful stalls showcasing the country’s traditional themes were set up on the venue.

Family members of the officers and soldiers of the elite force attended the function.