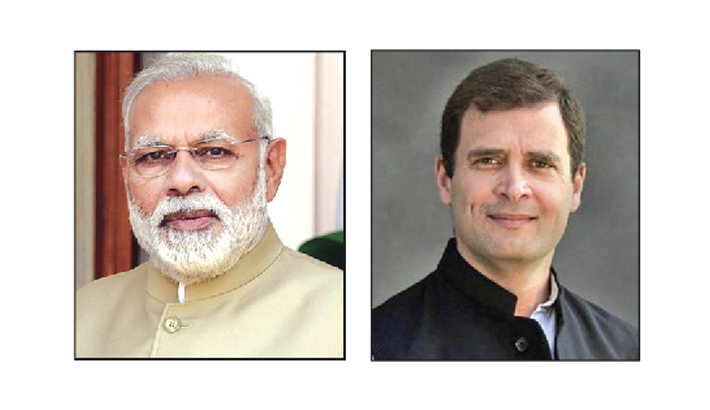 New Delhi: Congress leader Priyanka Gandhi arrived in Kerala to foster party’s possibility to register a lead over BJP in South India as 13 states will go into polls on Tuesday.

India will have elections to one third of its states with imminent polling to 116 centres where Congress is longing to get victory.

Indian general (Lok Sabha) polls are exposed to regional polarisation with ruling BJP hoping to bag most of the seats in south and Congress in the north.

All areas from Hindi-speaking north to and nationalist south are exposed to the polarisation.

Prime Minister Narendra Modi is more popular in the north while Congress president Rahul Gandhi in the south. Modi is sure to win his electoral race in Varanasi of Uttar Pradesh. Similarly, Rahul is expected to be the winner in Wayanad.

Although Modi is contesting the polls from one seat, Rahul is vying from two constituencies—- Wayanad and Amethi. In the previous polls, Modi also contested from Baroda of Gujarat. BJP president Amit Shah is contesting from Gahdhinagar of Gujarat. The seat was under the grip of BJP founding member Lal Krishna Advani for long.

Congress spokesperson Randeep Singh Surjewala said all southern states wanted to have Rahul as a candidate for the upcoming polls.

Following the request, Rahul submitted his nomination paper on Thursday. This is a place where Indira Gandhi and PV Narasimha Rao preferred their candidature. Chikmagalur in Karnataka was the constituency that elected Indira Gandhi in a by-election in 1978 after she lost the 1977 election in Rae Bareli, thereby paving the way for her eventual return to power in 1980. Rajiv Gandhi, India’s 6th prime minister, was assassinated on May 21, 1991 at Sriperumbudur in Tamil Nadu. It is another reason why people of the south are sympathetic to the Gandhi family.

BJP gets most of the 170 seats in Hindi speaking north. The party may lose some stets, but the party is expected to register lead over political rivals in the region.

On the other hand, Congress is aiming to get most of the 121 seats in southern Karnataka, Kerala, Tamil Nadu, Pondicherry, Andaman and Lakshadweep. Congress is trying to get all seats of south even by forging an alliance.

In her address on Saturday, Priyanka attacked the BJP-led NDA government at the Centre, saying it had “betrayed” the faith of the people who had voted it to power.

The AICC in-charge of eastern Uttar Pradesh also alleged all that the NDA government had done in last five years was to divide the country.

Alleging that they (BJP) began to believe that power belonged to them and not with the people, the Congress leader said the first indication to that belief was when its president said the promise of Rs 15 lakh was for the sake of election.

“He said it was a jumla (gimmick),” Priyanka claimed. Priyanka Gandhi, who is in the constituency to campaign for her brother Rahul Gandhi, said he believes “with all his heart” in democracy and freedom of expression in language and culture.

She also gave an emotional speech about her brother, their life, the death of their grandmother and former Prime Minister Indira Gandhi, their father Rajiv Gandhi, Rahul’s education, nature and much more.

Terming Rahul the next primer, Priyanka said if he is at the helm state affairs, soul of their late father Rajiv Gandhi will be happy.

Modi is a sitting MP from the seat in Uttar Pradesh. He won the seat in the 2014 general election.

Political observers and countrymen are curious to know as to whether Priyanka will be able to defeat Modi in the polls.