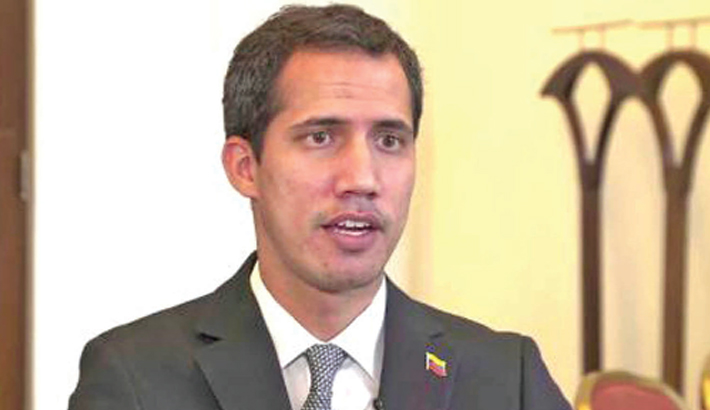 The National Assembly head launched a challenge to Maduro’s authority in January, declaring himself acting president.

Despite the support of more than 50 countries, including the United States, Guaido has been unable to dislodge Maduro, who retains the backing of the country’s powerful military.

“We call on all the people of Venezuela to take part in the biggest demonstration in this country’s history on May 1 to demand the usurpation ends definitively,” said Guaido, addressing several hundred supporters at a rally in Caracas. Guaido, 35, and the National Assembly have branded Maduro a “usurper” over his controversial re-election last year in polls widely viewed as rigged.

“Miraflores! Miraflores!” chanted supporters in reference to the presidential palace where Maduro lives.

The march will take place on Labor Day when the socialist government holds its own major street event to commemorate the reign of Maduro’s predecessor Hugo Chavez. Guaido has regularly called on his supporters to rally against Maduro, motivating tens of thousands to take to the streets.

But he failed in a bid to force into the country humanitarian aid stockpiled over the border in Colombia after the military blockaded a bridge crossing. The issue of humanitarian aid has formed a key battleground in the power struggle between Guaido and Maduro, with the president so far holding firm and preventing his rival from landing a strategic blow by undermining the socialist leader’s authority.

Maduro, 56, refused to allow in the aid claiming it was a smokescreen for a US-led invasion.

However, earlier this week he let the Red Cross bring in medical supplies to distribute to hospitals and outpatient clinics.

Venezuela has suffered more than four years of recession marked by shortages of basic necessities such as food and medicine.

The United Nations says a quarter of its 30 million population is in urgent need of aid.