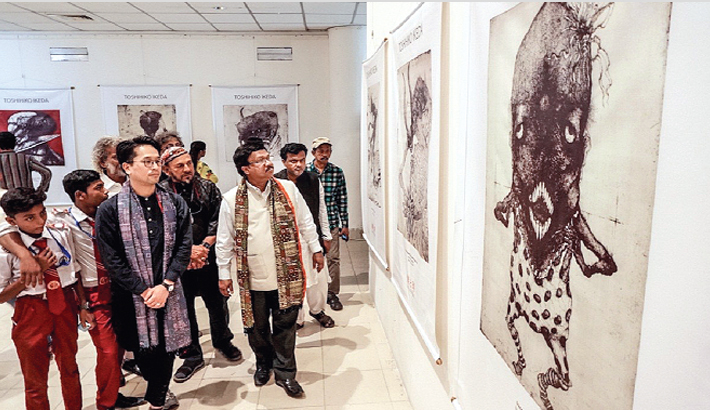 The solo exhibition titled ‘Line of Ages’ was jointly hosted by Cosmos Atelier-71 Studio and BSA.

“Japan is really a good friend of Bangladesh. We have cultural relations,” Liaquat Ali Lucky said.

He wished that this relation will strengthen through increased cultural exchanges.

The BSA DG also mentioned Ikeda’s works displayed in the 18th Asian Art Biennale Bangladesh in 2018 and invited him to join the 19th edition slated for 2020.

Artist Toshihiko Ikeda expressed his gratitude for giving him the opportunity to connect with the people of Bangladesh.

He also thanked Cosmos Atelier-71 Studio for their cooperation.  The exhibition will continue till April 29.