No censorship on media: Hasan 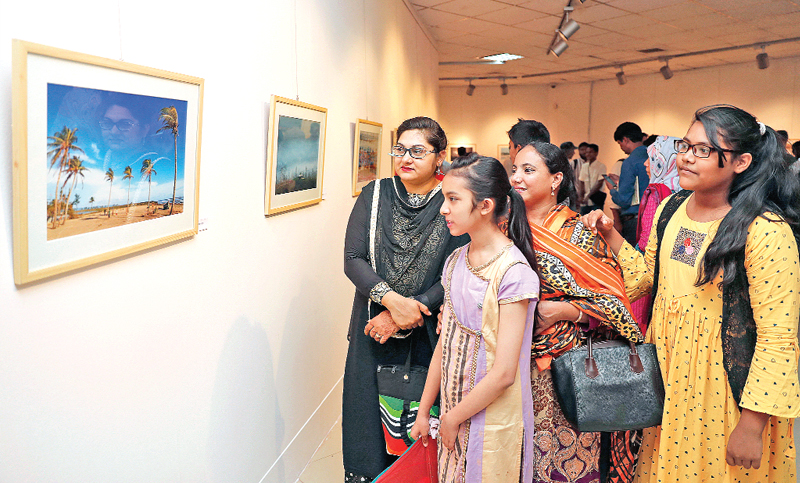 Guests admire a photo on the first day of a three-day photography exhibition and competition at an auditorium of Bangladesh Shilpakala Academy in the capital on Friday. Bangladesh Photojournalists' Association hosted the event. - SUN photo

“The government has not enforced any media censorship,” he said as the Reporters Without Borders revealed their World Press Freedom Index survey report coinciding with the annual report.

As per the survey report, Bangladesh slid four notches and it is now the 150th in the index. “I do not agree with the report and I think the media in Bangladesh are working independently,” he told the newsmen after attending the inaugural function of ‘Rupashi Bangla National Photo Exhibition, Competition and Reception Ceremony’ at an auditorium of Shilpakala Academy.

Dr Hasan said, “I know that there are many restrictions on publishing reports in the top 10 countries, as per the organization. Even they (media) have to pay fine if they publish any wrong report.”

“I don’t know how they (Reporters Without Borders) conduct the survey,” he added. He said the media are working freely in Bangladesh and a big revolution has taken place in the media industry in the last 10 years. The number of newspapers has increased from 700 to 1200 and 33 electronic media on air in the country, he added.

Dr Hasan, also the publicity and publication secretary of the ruling Awami League, said the government is working relentlessly for the betterment of media and it has taken different steps to ensure the freedom of the media.

On a question about detained BNP chief Begum Khaleda Zia’s release, the ruling party leader said she (Begum Zia) is now in jail being convicted by the court.

“Only the court has the authority to release her if she seeks bail. On the other hand, if Begum Zia seeks release on parole then the government will consider her plea. Otherwise, there is no way to release her,” Dr Hasan added.

“If they join parliament, it will be a positive decision. I think they could play a vital role in parliament and democracy would be stronger,” said the minister.

In the inaugural function, Dr Hasan urged the photo journalist association to hold the exhibition programme every year to encourage the newcomers as well as the professional photographers.

Later, the minister handed over the awards (posthumous) to three prominent photo journalists’ family members for their outstanding contribution in the photography.