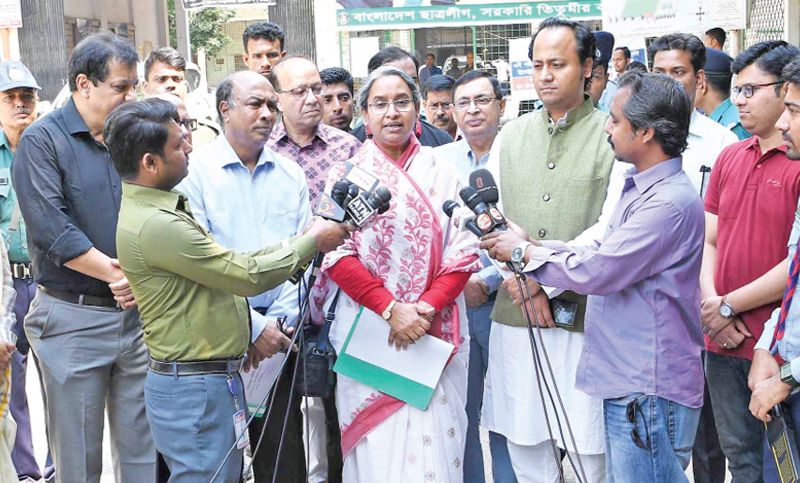 The education minister came up with the remarks while talking to newsmen after visiting the 15th teachers’ registration preliminary examination center at Government Titumir College in the capital’s Mohakhali area.

Dr Dipu Moni also added that they have already taken necessary initiative to find out the details of the matter.

The names of two pornographic actors-Mia Khalifa and Sunny Leone have been found in Multiple Choice Question (MCQ) section in the 9th-grade Bengali 1st paper exam of Ramakrishna Mission High School (RKMHS) in the capital.  Many people shared the photograph of the questions paper on social sites and within short time, it became viral.

In question number 8, the examinees were asked who wrote Aam Atir Vepu and an Indian pornographic star- turned- actor was one of the four options of the question.