Taskin hits back in form after WC snub 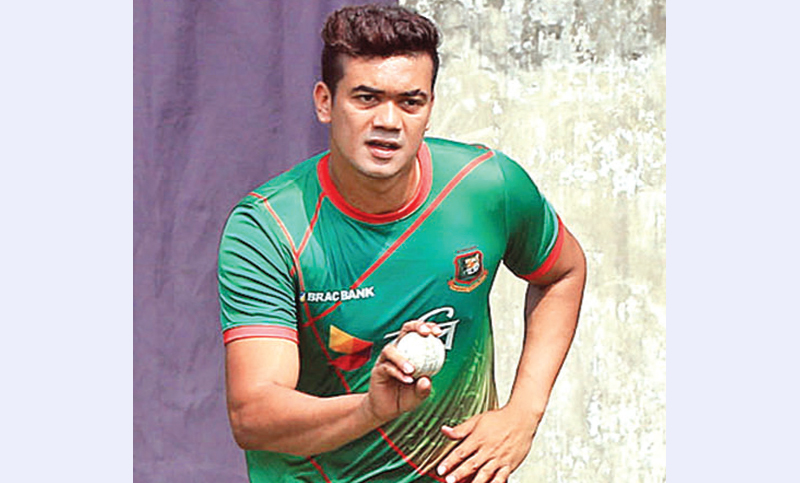 Right-arm pacer Taskin Ahmed has not been included in the World Cup squad of the Tigers. But the pacer did not lose his strength to do well as he bagged four wickets on Friday in the ongoing season of Dhaka Premier Division Cricket League.

Playing for Legends of Rupganj, the pace speared claimed 4-54, in a gem of fast bowling against Prime Doleshwar Sporting Club at BKSP-4 ground, to indicate that he is close to regain the form that made him go-to bowler during Bangladesh Premier League (BPL).

Taskin snapped up 22 wickets for 12 matches in BPL before being sidelined by an unfortunate ligament injury. The injury was key in his axe from the World Cup squad as the selectors were not convinced that he had got back his match fitness adequately.

However, the selectors still kept the door ajar for him by saying that all is not over for Taskin as they may still bring up change in the squad till May 22, the last deadline of bringing any changes to squad without the permission of International Cricket Council (ICC).

Taskin broke down to tears after coming to know about his axe from the squad as he left no stone unturned to prove his fitness. However, he calmed him down and took it as a challenge to prove that he is on the way to regain his best form.

Taskin though proved to be expensive by conceding six runs per over in his nine overs bowling, he was fast and unsettled the batsmen with raw pace. He will get two matches in Super League of DPL to force the selectors to reconsider their decision.