Priyanka’s wedding comedy with Mindy to be shot in India 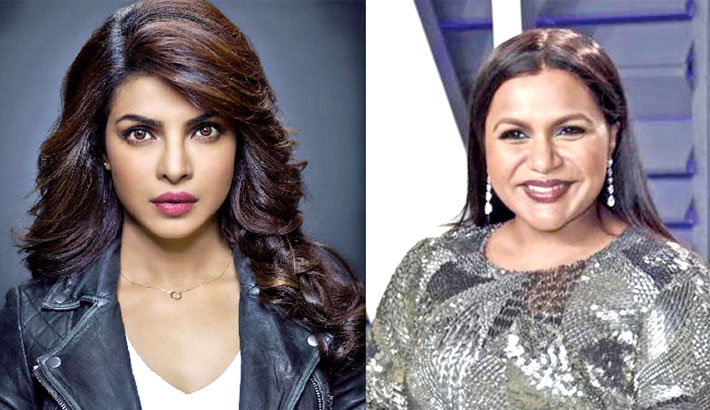 Priyanka Chopra and Mindy Kaling have collaborated for a film that may be shot in India.

Actors Priyanka Chopra and Mindy Kaling are likely to shoot in India for their upcoming film that is said to be based on Indian weddings. Just days after an official announcement was made, reports now reveal that the upcoming film will be shot in Delhi and Rajasthan. Mindy and Priyanka announced their collaboration last week when Universal bagged the rights for the new project that will be written and directed by Mindy. Co-produced by Mindy and Priyanka, it will feature the Bollywood actor, reports mid-day.

A source as saying, “Since the script revolves around a desi wedding, the makers are looking at unexplored venues in Delhi and Rajasthan as the two places beautifully capture the essence of India. A luxury villa in Ranthambore has also caught their attention. For now, the team is working on the screenplay. Once the script has been locked by August, a production team will fly down to do a recce across North India. Since there are a few similar themed films in production at the moment, including Mira Nair’s series A Suitable Boy, the team will have to scout for unique locations in the cities.”

The tabloid further said that the film will go on floors by November. “Priyanka will be caught up with the promotions of The Sky Is Pink, starring Farhan Akhtar and Zaira Wasim, till October. Only after the Shonali Bose-directed film hits the marquee will the actor be able to dive headlong into the comedy,” the source added.

Dan Goor, the co-creator and executive producer of the popular sitcom, Brooklyn Nine-Nine, will write the film with Mindy and also co-produce it with Mindy and Priyanka.