Change in Sudan – Is It for the Better? 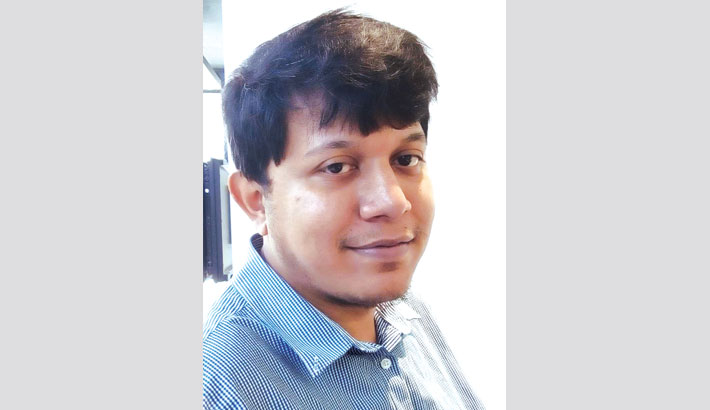 Recently, mass movements have changed a regime in Sudan. It has no democratic leader at the moment. Protests against the outgoing president, Omar al-Bashir went on for four months; specifically from December 2018, for changing the dismal fate of the country. The people of Sudan want fresh ideas from a civilian government. For the last 30 years, Sudan has seen no pluralistic government in power. Since December 2018, people started persuading others to oust Bashir from power. On 6 April 2019, people huddled together and marched towards the central cantonment area to block military personnel from making any move to disperse them – that would have dented their spirit. Therefore, Bashir became crippled for having no support system to back his dictatorial reign.

Sudan gained its independence from the British empire in 1956. The country has a history of ethnic violence and military dictatorships. Bashir, backed by religious bigots, via the fourth military coup in the Sudanese history, toppled a democratically elected president, Sadiq al Mehdi. Since grabbing power in 1989, Bashir curbed peoples' freedom. Moreover, he was more interested in establishing draconian laws and subjecting his people into forceful coercion with his conservative ideologies. His reign was tainted in corruption and religious bigotry.

Bashir penned a peace treaty with South Sudan in 2005. That deal was his masterstroke. It brought relative calm and serenity to both the regions: South Sudan and North Sudan. He managed to keep the country less dangerous to live in comparison with other poor African neighbours. He lost his grip over South Sudan which turned independent in 2011. His government lacked the oil resources that would have been collected, erstwhile, from the Southern Sudanese region. Regardless of his efforts, Sudanese were not happy.

The final eight years of his reign saw the rise of poverty and inflation. Hitherto, he shelved out public funding for private causes. He was more worried about holding on to his power. The thought of developing his nation was the last thing on his mind. For a long time, he seduced his lackeys with money. In 2015, he was elected to be the president of Sudan but it was a farcical election boycotted by opponent parties.

Every autocratic government is bound to fall one day. General people hold more power. When masses take to the street, there is hardly any force that can nullify them for a long time. Bashir used brute forces against the protestors who were also put behind the bars. Many of them, as many as 22, different sources say, lost their lives and plenty of others injured in the skirmishes between civilians and army. Bashir dug his own hole from which he found it difficult to come out of by hiking the price of bread thrice as much as before. That price hike made people agitated. Their patience ran out.

Sudanese Military Council General Awad IBN Rouf dethroned Bashir on 11 April 2019. Bashir has been detained at an unknown location (13 April).  Rouf was former vice president to Bashir. The Sudanese revolutionaries consider Rouf to be a cold-blooded murderer. They were happy to see the fall of Bashir but unhappy to see the rise of Rauf who used brutal hands to quell any kind of protest movements in the past. Rouf did not last long. He was forced to resign within a day after becoming the chief of the country. Now, Lieutenant General Abdel Fattah Burhan is in charge of the state.

Before assuming power, Burhan talked to many protestors who want him to play the role of an interim government for structuring the road towards democracy with a credible election having the participations of all the democratic parties. He knows what people want from him. Will he be able to bring democracy to his country? Will he be a tragic hero? Will the greedy nature of power obliterate his thoughts and make him hanker after materialistic elements?

The rise of military power is never good for a country. Military tries to take over when a country is in chaos. The fall of democracy brings military into power. When military comes to power, people find relief temporarily. In the long run, people lose their freedom of expression. We also had an interim government from 11 January to December 2007. They detained many politicians including the two leaders from both the parties. Many party members changed their colours to grease the hands of military officials. They opted for running parties without the leadership of both Begum Khaleda Zia and Sheikh Hasina the respective premiers of Bangladesh Nationalist Party (BNP) and Bangladesh Awami League.

People wanted democracy back as soon as possible. We wanted military to return to their barracks.

At that critical impasse, Bangladesh Awami League managed to remain united because of some dedicated leaders who did not allow any type of rumour to change the course of their party. They needed out harmful elements from the party. They wanted Sheikh Hasina to be freed. Under no circumstances, they were ready to take part in an election without their leader. That was not the same case with BNP. Many of them were busy in securing their own positions.

Bangladesh Awami League won a landslide victory in 2008. The interim government was successful enough to hold a free and fair election. I was a first time voter. We had a torrid time from 2001-2006. Many of us, the first time voters, were tired of BNP-Jamaat alliance. We could not understand how a party having some freedom fighters in their ranks could allow rajakars in decision-making processes. Tragically, many of those rajakars hoisted our flags on their cars. They offered their prayer to the freedom fighters' graveyard, ironically. We did not know how they would be put into books in the near future. I was angry. My friends were angry. But we had nothing to do. They looked very powerful at that time. When the interim government came to power, many BNP leaders showed no unity. The party got involved in factionalism. There was a huge rift in the alliance.

General voters found no vision in their electoral pledges. We're neutral at that time. We focused a lot on election mandates. Many of the young voters brought Bangladesh Awami League to power. We found better visions from the current premier. We carried the dream of Digital Bangladesh. We are now realising that dream two years in advance. We have no fear of getting on to public transports fearing that one anti-state element would bomb us apart. We had that kind of fear in 2005. Now, that fear is of different sort. Women feel unsafe when they are alone in a public transport. It is a global fear. We should remain vigilant over the matter.

Everything is looking better in Bangladesh now. Everyone will die one day. Sheikh Hasina, in my opinion, is the best living leader Bangladesh has ever produced. Will she be able to run our country equally well 30 years later? Her physical condition may not support that. She cherishes a dream of spending the last few years of her life in reclusion in her village. If she calls time on her career, will we have enough backup plans? Do we have another leader in the pipeline? Are we grooming up future leaders? We don't want to be a radar-less country like Sudan. We don't want to see any political infighting that will mire the development of our country.

Gorbuduc is considered by many to be the first English play in the history of English literature. There, we find that King Gorbuduc is dead. Queen is dead. Their children are also dead. The country is in chaos. Nobody knows who is going to be the leader. The playwrights, Thomas Sacville and Thomas Norton, through their play wanted to impart a message to unmarred Queen Elizabeth. Through their play, they urged her to get married and produce children for the safety and security of her country. They did not want a chaotic country after her demise. Our premier, thankfully, has two able children. Are they going to emulate their parents and grandparents? Will they be good enough? Hopefully, they will be---let us give time more time to decide how that time will find its timing! If they are not willing to rule---do others have any outside chances? Let us not be Sudan. Let Sudan learn from us!

The writer is a lecturer, department of English, Chittagong Independent University.