Be a Good Human Being First 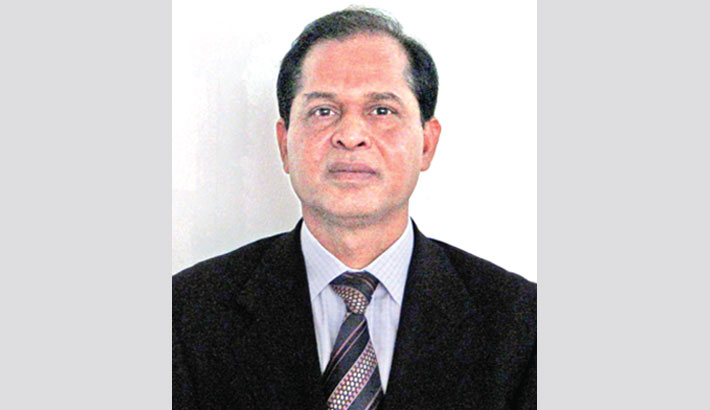 Just a week ago, the Prime Minister of our neighbouring country Bhutan, Dr. Lotay Tshering came to Dhaka on a four-day official visit. During the visit, the two Prime Ministers had a bilateral meeting to discuss a number of bilateral as well as multilateral issues for mutual benefit of the two countries. Once the meeting was concluded, the two sides signed five instruments of cooperation on cargo transportation, health, agriculture, tourism and public administration training to further enhance the existing cooperation in those areas between the two countries.

Dr. Lotay Tshering had joined the Bhutanese politics by leaving his medical profession ahead of the general elections of 2013. His party Druk Nyamrup Tshogpa (DNT) had participated, for the first time, at the national election of Bhutan in 2013. DNT was able to secure the third position with 17.04 per cent of the total votes in the primary round. According to the rules, the two parties, getting highest votes in the primary round, can only go for the second round of voting. As his party DNT was eliminated at the first trial, he was naturally disappointed. But he did not give up his struggle to reach at his destination. For the last five years, he had continuously put all his efforts in strengthening his party. Finally, his party has succeeded to gain the confidence of the people of Bhutan and won at the general election held on 18 October 2018. Consequently, his party DNT formed the government on 7th November and he became the Prime Minister.

We know that the journey of democracy in Bhutan was started in 2008 and this was the third national election. And in all these three elections, always a new party won and formed the government. After taking over the charge of the office of the Prime Minister, Dr. Tshering’s first overseas visit was to India, for obvious reason. But, this was his first visit to Bangladesh as the Prime Minister of Bhutan. However, I am not going to write here today about the political career of Dr. Tshering or Bhutan-Bangladesh relations.

Within a few days of announcement of the election results, surprisingly we came to know that Lotay Tshering was a student of our Mymensingh Medical College. Somehow, the news made us pride. We assume that there might be a request from Bhutanese side to include his visit to Mymensingh Medical College in his programmes while visiting Bangladesh. And coincidentally, that visit has happened on just the first day of the new Bengali Year. A good number of his Bangladeshi classmates were present at the reception hosted by the college authority in his honour. In the gathering of the present and former teachers and students of that college as well as the local elites, he said in Bangla that one has to be a good human being to be a good doctor. He also said, “If the field is not good, then whatever we crop, nothing will come out”.

As a physician, perhaps, he has cited this example. Actually, it is not only for a doctor that he or she should be a good human being. It’s true for every person, everywhere. In fact, each of us should be a good person to build a good family, a good society or a good state. We need good people in every sector of the country - whether they are farmers, businesspersons, teachers, social workers, doctors, engineers, government officials, people's representatives or people engaged in any profession. If a person is not a good human being, then how will that person serve others, or show the right direction? A society or a state without good people cannot develop well, even if it is rich in material resources. On the contrary, a team of a few good persons can change the whole society or the state, whatever the resources it has. But, there should be commitment as well as a favourable environment.

Good human beings could be used as the pillars of a society in making it an ideal one. Normally, these people are honest, dedicated, committed, patriotic and benevolent. They feel others’ pains, whether they are able to help or not. But, they could produce a lot of good results, if they were provided with such opportunities. Truly speaking, we rarely think of utilising our good people for our country’s benefits; instead, we prefer others for personal gains. This is the tragedy that we are living with and we can’t be sure whether it might ever be perished one day from our society. It is not so easy; it is really very difficult to be a good human being and to remain there in a society like ours.

I doubt whether others will agree with me that we have a very few good people in our society. In fact, our country also lacks good people. Nobody can assure that this handful of good people would be able to do something good in the existing environment. Do we value these good people? Don’t we neglect them? Are these good people allowed to walk on the path of justice or truth? Thousands of obstacles block their ways. Finally, they do not find anything except disappointments. They have to suffer from the practicality of life. Their families get worried for them; there is no end of their anxieties. In this environment, who wants to be a good human being? Yes, we know the answer.

But how long we will have to wait? There is no time to waste further. We should start our struggles. We will have to change the environment. There should be a change in our attitude. One should be inspired and encouraged to be a good human being. It should not be only in our words, but we have to show it through our activities. We have to assemble the good people that we have in our society. We need to cultivate the culture of such thoughts and minds. Our strength will be our good human beings. Our courage will be that good human beings never scare. I am hopeful that our people especially our young generation would be encouraged from those words of the Bhutanese Prime Minister and would come forward to lead our country in creating such environment where we will have enough good human beings.

The Prime Minister of our tiny neighbour Bhutan, Dr. Lotay Tshering came to Bangladesh to study medicine. Since there is no medical college in his country, the Bhutanese students have to go to other countries including Bangladesh to study medical science. He had to spend about ten years in Bangladesh in connection with his study. He has correctly realised what type of people lacks in this region. That's why he has pronounced such words without hesitation. I suppose many people will agree that how inflexible but truthful words he has said so easily while speaking at the gathering at Mymensingh Medical College.

Once I wanted to know from the former as well as the current Prime Minister of Malaysia Tun Dr. Mahathir Mohamad whether he had found, being a physician, any special advantage in performing his responsibilities as the Prime Minister. He replied that because of being a doctor, he learned the practice of prescribing the solutions by diagnosing the state affairs. As a result, he was able to transform Malaysia into a modern country that we see today. I believe, if the Prime Minister of Bhutan, like Dr. Mahathir, is able to create the opportunity to apply his medical background in his political career for the welfare of the country and to transform the ideals of a good human being into reality, then there is no doubt that Bhutan will one day qualify as a modern country. Above all, as far as I know, the King and the people of Bhutan will not hesitate to extend their all out supports and cooperation to strengthen the hands of a good human being.