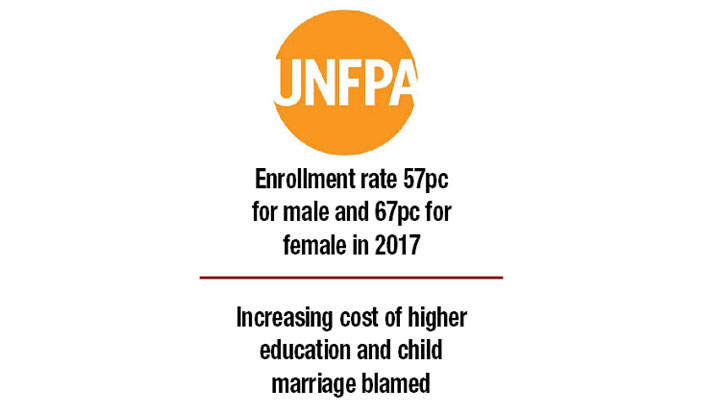 The net enrollment rate for secondary education in Bangladesh is still significantly low, but better compared to the past, according to the UNFPA annual report.

He noted that the secondary school enrollment rate for girls proves that female education in Bangladesh has reached a new height.

He said the government is conducting studies to find out reasons behind high dropout rate among male students and added that "scientific approaches" will be taken to solve the issues.

Debadas Halder, assistant professor of Institute of Education and Research, Dhaka University, highlighted the lack of initiatives as a reason behind fewer enrollments in secondary education.

Bangladesh also has one of the highest rates of child marriage - one of the key reasons for school dropouts.

"Structural policy has produced better results in some cases and now we want to continue with a targeted policy involving all stakeholders," he said.