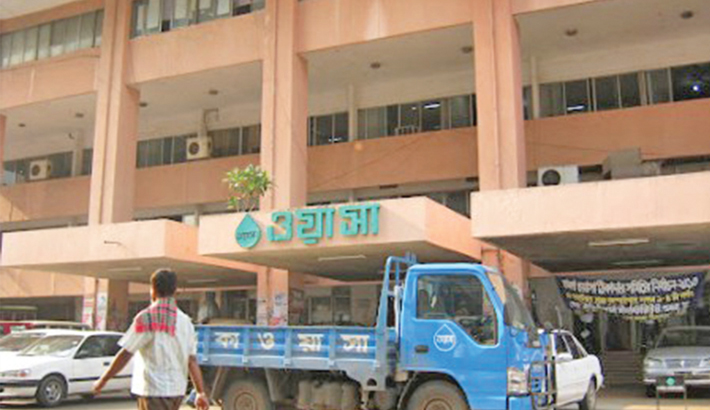 Over 60 percent of the people seeking service of Dhaka WASA fall victim to corruption and harassment, finds a study of the Transparency International Bangladesh (TIB).

The TIB report says that 61.9 percent of Dhaka WASA service seekers experience corruption, irregularities and harassment while trying to secure supply of water or sewerage connections.

It also found that gas worth Tk 332 crore (3.32 billion) is misused in Dhaka city every year for boiling low-quality water of Dhaka Water Supply and Sewerage Authority (WASA).

The TIB report says 93 percent of Dhaka WASA subscribers have to refine water in different ways and of them, 91 percent households have to boil water using piped gas.

The TIB report has covered the issues of Dhaka WASA’s quality of service, corruption, subscriber satisfaction or dissatisfaction, irregularities, limitation and challenges.

It says 37.5 percent of the subscribers are dissatisfied with WASA’s quality of service, while 20 percent satisfied and 42 percent are modestly satisfied.

To prepare the report, the TIB interviewed 2,768 people at the field level from 10 Mods zones of Dhaka city by random sampling.

“It is a matter of concern that Dhaka WASA still could not ensure production and distribution of safe, sustainable and environment-friendly water and proper sewerage discharge,” said TIB executive director Dr Iftekharuzzaman.

City dwellers are far from getting expected service from the water and sewerage authorities, he added.

Lack of good governance, integrity and ongoing corruption at institutional, service providing and project procurement levels are the main reasons for the poor quality service.

“There have been some positive changes in WASA service but more efforts are needed to ensure quality service of the utility provider,” he noted.

To improve governance and integrity in WASA’s service, the TIB came up with a set of recommendations, including giving priority to professional experience and education while appointing manpower on contractual basis.

Suggestions also came for appointing neutral persons and setting an age-limit guideline for contractual jobs. Besides, the drainage management should not be kept under more than one authority.

Because of lack of sustainable and eco-friendly water production, the number of ground water pumps in Dhaka WASA area nearly doubled to 900 from 482 in last 10 years, the study finds.

Although there is a target to raise surface-ground water use ratio to 70:30 by 2021, it is still 22:78, which suggests that Dhaka WASA is heavily dependent on ground water.

Due to this dependency, ground water level declines by two to three metres every year, while 44.8 percent people don’t get water as per their demand.

The TIB report says 20.6 percent of the people surveyed complained that they do not get water whole the year, and as high as 94 percent complained of water crisis during the summer.

Besides, 51.5 percent subscribers said they get unclear water, while 41.4 percent get stinky water.

The surveyed people also complained that 24.6 percent of their family members suffered various water-borne diseases due to drinking of WASA-supplied water.

The report blamed the WASA for river pollution as it found that 13.50 lakh cubic metres of untreated sewerage falls into adjacent rivers through different canals every day.