Recruitment of Primary Teachers and Some New Decisions 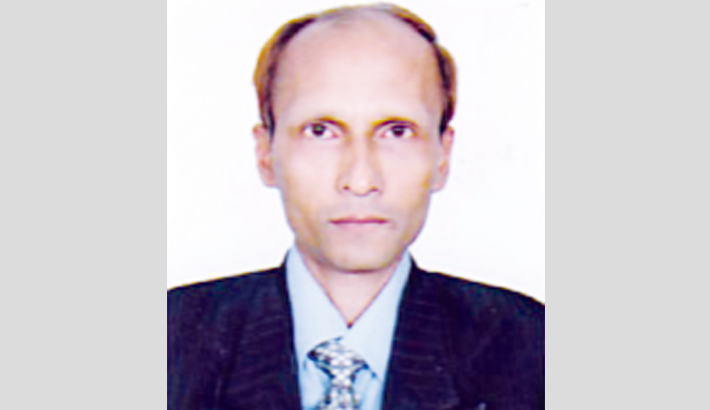 It certainly shows a good symbol when we see the state is concerned about improvement of primary education. Thirteen thousand new teachers are going to be recruited in the government primary school within this year. The authorities have so far received more than twenty four lakh applications for these positions in 65 thousand 593 government primary schools. The recruitment test will take place in all the districts except three Hill Districts. The recruitment test was declared to be held on 15 March but has been changed due to several valid reasons and now it is expected to take place in the middle of May 2019.

Keeping this perspective in view the MOPME has issued a notification on 09 April regarding teacher recruitment. It is known to us that the latest rules to employ primary teachers were issued in 2013 where the male candidates had to be graduates while intermediate qualification was set for the female candidates. Now both male and female candidates for assistant teachers in primary schools must have graduation degree that we appreciate as it tends to enhance the quality of primary education which is long overdue.

Though only graduation degree of the candidates does not necessarily ensure quality and child-friendly education, we support it for the reason that this group of teachers can be further developed through proper training and motivation. Teachers need to undergo rigorous training process in pedagogy and related subjects. Teachers must have an internal urge to be good teachers. Their personal interest and study can ensure it. Local education administration must be education-friendly and with the practice of supportive supervision instead of bossing and monitoring for the sake of finding faults only.

Change has been made in respect of age also. So long the age range for head teachers was 25 to 35, that has been made 21 to 30 years because of upgrading it into second class. This age range has been changed keeping pace with the PSC advertisement. Sixty five per cent assistant teachers will be promoted to head teacher positions after completing their seven years’ service at least and thirty five per cent head teachers will be recruited from fresh candidates; this, of course, teacher leaders don’t entertain. They want hundred per cent assistant teachers’ promotion and no direct headmaster from outside to be recruited.  It has some merits of course. Brighter candidates can be attracted to this profession through such kind of promotion.

However, new candidates with far brighter career should also be invited to this profession through direct recruitment as head teachers. There lies no cadre of its own in the primary education ministry though other cadres have their own people in important positions. The bureaucrats manage and decide the lot of primary school teachers and the entire gamut of primary education arena is run by these bureaucrats that might be another reason for this sector’s lagging behind. Recruiting talented candidates in this profession as teachers and giving them promotion up to DG level can heal the woes of this sector.

It is not unknown to us that the primary and secondary level education experience serious science and math teacher crisis that results in students’ weak base in these subjects even though they pass in PECE and JSC and SSC examinations. Taking this fact into consideration, 20 per cent quota has been reserved for the candidates having science background in the graduation level that we salute. If science graduates are not available, the quota will be filled up from merit list.

The exam system will also see a sea change as the authorities say. It is for the first time that the recruitment test will take place on several stages. In the district level the viva-voce will be held first in those districts where written test will take place earlier. The questions will be sent to DC before the night of the exam day and questions will be printed at 8 am on the day of exam.

This year more than 24 lakh candidates submitted their applications, out of which 4 lakh 52 thousand 760 are from Dhaka division, three lakh 82 thousand 335 from Chattogram, three lakh 62 thousand 925 from Rajshahi, two lakh 48 thousand 730 from Khulna, two lakh 55 thousand 827 from Barishal, one lakh 20 thousand 623 from Sylhet, two lakh 94 thousand 368 from Rangpur and two lakh 82 thousand 437 from Mymensingh. Seating plan will also be arranged in such a way as two candidates sitting closer to each other will not get the same set of questions.

Holiday list has been developed by the Directorate of Primary Education where 75 holidays has been fixed along with three days reserved holidays for the head teachers. The academic calendar has focused the days from 01st January to 31st December. The first day is to be observed as the ‘book distribution ceremony’ day. The first terminal examination will be held between 23 April and 30 April and from 1st August to 08 August second terminal examination and from 20 November to 30 November PSC exam and annual examination for class one to four will be held between 10 and 19 December. It is mentioned in the academic calendar that each institution will ensure timely examination and other activities for improving the quality of education and teachers must not take or buy questions from outside. They must develop questions for conducting the internal examinations. For the sake of pushing primary education towards quality it is a wise decision indeed!

The shortage of teachers and the low quality delivery also go with this reason. One report of DPE says that from 2005 to 2013 the number of primary schools has increased by 33 per cent whereas the number of kindergartens has increased six times. And the students have increase 20.7 per cent in primary schools whereas in kindergartens more than seven times. Though we are not in favour of closing all the kindergartens but we also don’t want to see the current way of going primary education. It must be child-friendly, teaching-learning friendly and really enjoyable both in state run and privately run primary educational institutions.

The writer is an education specialist in BRAC Education Programme. Email: [email protected]