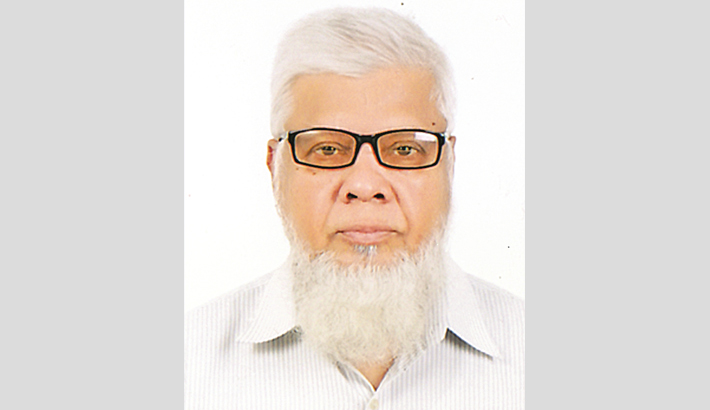 The death of Nusrat Jahan Rafi tells the bizarre audacity of a despicable violator who is living in our society with pomp and pride and with thousands of irregularities. When we review the profile of social immoralities, we discover certainly many deviations from the ethical norm; some are unnoticed and often are patronised by vested interest groups. The death of Nusrat Jahan Rafi by a despicable violator is one of such unfortunate incidents in our midst where indiscretions rule over established legal norms and irregularities are accentuated and accelerated through patronisation. When we catalogue all the series of incidents in the unfortunate death of Rafi, we only observe series of irregularities perpetuated by patronisation by a vested interest group. What is the ground of showing solidarity by the local community by submitting a memorandum to the deputy commissioner of Feni on April 4, 2019 for release of the despicable violator?

The position of chief executive in any office is a responsible position. It is incumbent on the authority to check the profile to determine the eligibility of the person in such a dignified position. Now, the authority who appointed this person did not scrutinise his past several allegations towards the female students in other institutions, his malignant and vile behaviour on several occasions towards female students in Sonagazi  and overall his impolite behaviour towards the security guard on this issue.

Any dealings towards the female students should be transparent and there should not be any deviations from the established ethical norms. The media is now full of such abusive treatments and whenever we look into those postings, our conscience rebuke us to testify that we have utterly failed to live in this world. There were no such incidents in any place of the world when a girl was set to fire with inflammable liquid by four girls with hizab after she was tied by rope!  How her innocence and purity she was safeguarding by two hands both in front of the despicable violator and the police official? The murder was premeditated and her only offence that she did not yield to the pressure from the vested quarters that includes even  councillor of ward number 4 of Sonagazi municipality and the president of Chhatra League of the madrasa unit. The report submitted by the Police Bureau of Investigation [PBI] tells in detail the harrowing story of this bizarre incident. Read the letter on her determination and stare at her innocent face flushed with light in the newspaper; it is a sign of goodbye to a country full of vices. We, the living are living here with these vices.  Rafi, you will be always in our heart and we pray to Almighty Allah so that He grants Jannah to you.

Another unfortunate death event for which the authority failed to find a clue even after three years of killing relates to a student of Victoria College. What happened to Sohagi Jahan Tonu, the innocent girl whose father lives inside the Cumilla Cantonment Area and work in Bangladesh Army? The dead body was exhumed after a few days, but we could get no clue from the unearthed body. The only brother and parent shed their tears with the deformed body and it could not hint at a probable clue.

After three years, the soil has now grabbed the innocent body. It is now over three years there is no headway to this cruel murder mystery. The culprits are at large. Still it is an unsolved mystery. A cultural activist once lamented with the following quote, “Tonu was killed in a highly secured place of the country. Who will be responsible -- state, people or judiciary system -- if her family doesn't get justice?”

There are many other examples of such heinous act in our country in the category of gender-based violence [GVB] or violence against women. However, sexual violence at educational institutions especially in Madrasas, the citadel of ethical learning, observed an unabated growth in recent years. But there is no effective remedy on sight. Rather, the perpetrators are often looked with respect as we see in the titles ‘principal’ or ‘professor’ attached to the name of this despicable violator.

When New Zealand Prime Minister Jacinda Ardern addresses parliament over the Christchurch shooting, she appealed to the country to remember the names of the victims instead of the terrorist who “sought notoriety” through the attacks. She would never utter the name of the shooter. The world was stunned by the softness of her heart, magnanimity of the soul and empathy with those who lost their beloved in this unfortunate incident.  Is it not the high time to tell the media in our country that the adjective, principal or professor  in front of the name of criminals should not be used anymore and would be replaced by the adjective, “The Despicable Violator” as the captions of this article submits?

Dear readers, there is no mention of the name of any criminals in my article.

The Writer is a Professor of Economics, United International University.