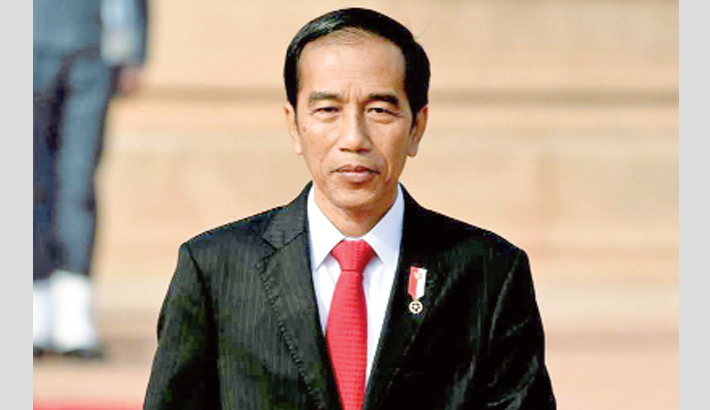 JAKARTA: Indonesia’s Joko Widodo was on track to be re-elected leader of the world’s third-biggest democracy with pollsters giving him a wide lead over rival Prabowo Subianto, a firebrand ex-general, hours after voting closed Wednesday across the 17,000-island archipelago, reports AFP.

While official results are not due until next month, a series of so-called “quick counts” by pollsters showed Widodo holding a strong lead with around 55 percent of the vote to Subianto’s 44 percent.

The vote officially ended at 1:00 pm (0600 GMT) in Sumatra, although some of the 800,000 polling stations across the volcano-dotted nation remained open late due to delays and long queues.

From the jungles of Borneo to the slums of Jakarta, Wednesday saw millions of Indonesians cast their ballots in one of the world’s biggest exercises in democracy.

Horses, elephants, motorbikes, boats and planes were pressed into service to get ballot boxes out across the vast country that is home to hundreds of ethnic groups and languages.

More than 190 million voters were asked to choose between the incumbent Widodo, lauded for his infrastructure driven economic push, and his fiery nationalist rival, who has strong ties to the country’s three-decade Suharto dictatorship.

The call to prayer had rang out as voting began at first light in restive Papua province in the east.

The campaign was punctuated by bitter mudslinging and a slew of fake news online—much directed at the presidential contenders.

But Widodo, a political outsider with an everyman personality when he swept to victory in 2014, has seen his rights record criticised owing to an uptick in discriminatory attacks on religious and other minorities, including a small LGBT community, as Islamic hardliners become more vocal in public life.