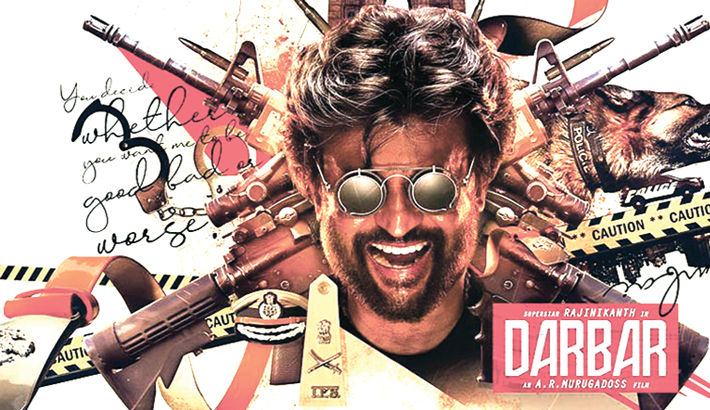 The superstar of South Indian films, Rajinikanth is all set to start working on his next project. His next film has been titled as Darbar and luckily, his fans will get a double dose of him in the film, as the actor will be portraying the role of both a father and a son in it, reports Pinkvilla.

Last week the makers of the film had released the poster, in which the comic figurine of Rajinikanth stands in front of the Gateway of India holding a lot of weapons. As Thalaiva will be playing a cop in the film, the recent news have come in, that he would also be portraying another role alongside, which is none other than the role of his own son in the film.

The film has been directed by AR Murugadoss, who has essayed films like Ghajini and Sarkar in the past. The film that has been produced by Lyca productions also consists of big names along with Rajinikanth, for instance, Nayanthara, Niveda Thomas, Ravi Kishan, Kunal Khemu and Sourabh Shukla. The makers have planned it to release on the festival of Pongal next year in January and Rajinikanth fans can't contain their excitement.

Before this, Rajinikanth had played the role of a cop in his film Pandiyan, which had surprised his fans because the makers had kept it a secret till the end. Other films in which he played the cop includes Hum, Geraftaar, Ram Robert Rahim, Kodi Parakuthu and Naatuku Oru Nallavan. It'll be interesting to watch the actor again going Khaki on big screens and doing all those action scenes in it.