‘Hellboy’ A Misfire From All Aspects 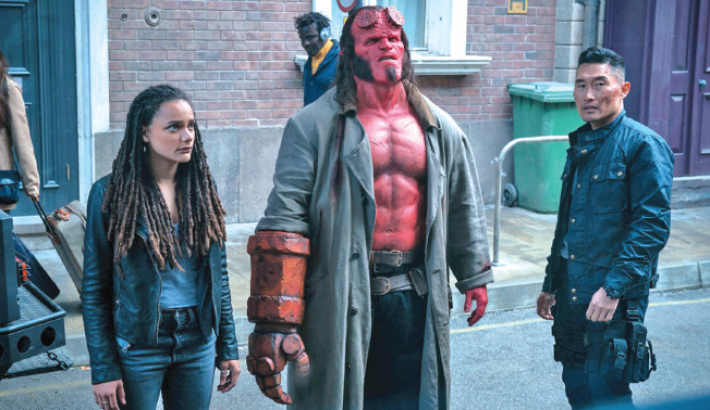 Based on the comics by Mike Mignola, the new ‘Hellboy’ movie additionally serves as a reboot of the big screen franchise that previously consisted of Guillermo del Toro’s ‘Hellboy’ and ‘Hellboy II: The Golden Army’. It’s just lousy. Bloated and vastly less funny than it aims to be and misguided in key design choices even when it scores with less important decisions, the film does make bold choices that might have paid off under other circumstances.

The most intriguing risk here is to make 2019’s ‘Hellboy’ an R-rated film, theoretically allowing Marshall (The Descent) and screenwriter Andrew Cosby to push their adventure into more grisly horror-film territory. Where del Toro’s 2004 original favored the Lovecraftian abyss, Marshall and his talented team of monster-makers sometimes conjure body-destroying beasts Hieronymus Bosch would have approved.

Every few scenes, there is an enjoyably weird giant, changeling, witch or unnamable impaler competing for the audiences’ attention. Sadly, the designers fare less well with the creature who is onscreen from start to finish. The artists tasked with turning Stranger Things’ David Harbour into the title character (Ron Perlman played him in del Toro’s two films) make several questionable choices that don’t pay off.

While Harbour’s winning performance on Stranger Things - a gruffly old-fashioned savior, lumbering reluctantly into harm’s way when women and children are endangered - makes him a credible choice to lead any non-Perlman Hellboy film, Cosby’s script gives him little chance to bring the good-guy demon to life. It does far worse when it re-imagines Hellboy’s ‘father,’ the human paranormal researcher who discovered him during World War II: Ian McShane’s Professor Broom is no more interesting than a thousand other stay-in-the-office bosses who dole out exposition between action-movie set pieces. 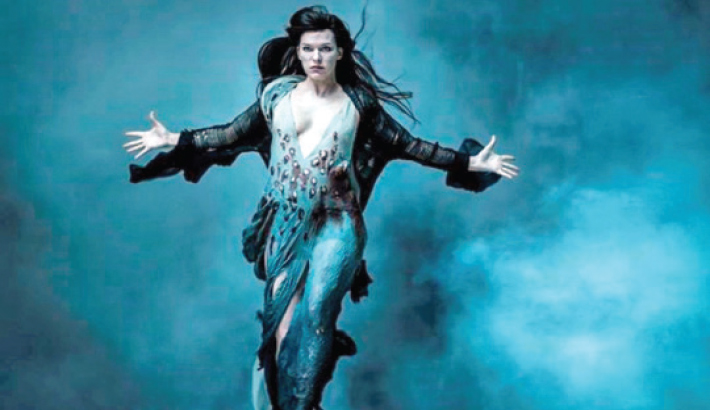 The broad strokes of Cosby’s story fit pretty well into Mignola’s universe: In the Dark Ages, King Arthur defeated a sorceress called Nimue the Blood Queen (Milla Jovovich) when she wanted to help fairy-tale monsters take over the world. He chopped her corpse up and buried her all over England, meaning that when some present-day baddies want to revive her, they have to do it bit by bit. Cue an amusing scene in which the half-assembled Jovovich sits on a sofa complaining to the humanoid wild boar trying to find all her limbs.

Before Hellboy gets to stop Nimue’s evil plans, he must go hunting giants in the English countryside, confront a decaying witch called Baba Yaga, and reconnect with the young psychic sidekick (Sasha Lane’s Alice) whose life he once saved. These two join a very grouchy military man (Daniel Dae Kim, whose character is a bore until the third act) in a chase that will eventually take them deeper than you expect into Arthurian lore.

Everyone who works with Broom in the Bureau for Paranormal Research and Defense is convinced that their comrade Hellboy is about to revert to his devilish origins, somehow bringing about the end of humanity when the Blood Queen gets her act together and summons him. Some are actively trying to kill him; others have emergency plans in place. Hellboy himself suspects he might fail when put to the test but where this self-doubt might make him a charismatically brooding, wounded hero, Cosby’s script sees Hellboy more as an angsty teenager, throwing dull tantrums in Broom’s office.

Several action sequences work well on their own, but the pic offers too many of them: Long before we hit the two-hour mark, viewers will have observed several points at which the script could have wrapped things up nicely.

Saving humanity is something this big red monster can do. Saving Hellboy as a big-screen franchise is something else entirely. You will never realize how much you need Guillermo del Toro in your life until you see the reboot of ‘Hellboy’.