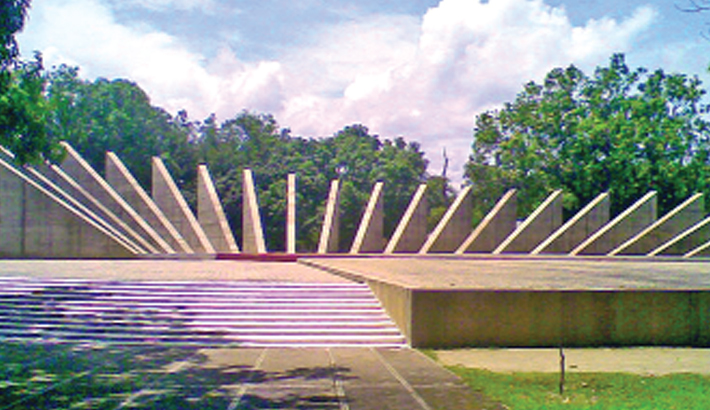 The nation will observe historic Mujibnagar Day today, commemorating the oath taking of the provisional government of Bangladesh at Baiddyanathtala in Meherpur of Kushtia in 1971.

The historic development came on this day in 1971, 22 days after the proclamation of independence by Bngabandhu Sheikh Mujibur Rahman in the early hours of March 26.

Bangabandhu declared independence after Pakistani occupation forces carried out a crackdown on unarmed Bengalis on the night of March 25.

It was also decided that Syed Nazrul Islam will perform as the acting president in the absence of Bangabandhu.

Bangabandhu was taken captive by Pakistani army soon after his declaration of independence. Prime Minister Tajuddin Ahmed led the country’s War of Independence.

Baiddyanathtala, which witnessed the formation of the provisional government, was later renamed Mujibnagar after Sheikh Mujib who inspired the nation to fight for independence.

Awami League under Sheikh Mujib’s leadership swept the 1970 general election in then East Pakistan. It won 160 out of 162 National Assembly seats of Pakistan and 288 of the 300 Provincial Assembly seats.

The ruling Awami League and other political parties and socio-cultural organisations have taken elaborate programmes across the country to mark the day.

Awami League leaders and activists will place wreaths at the portrait of Bangabandhu at Bangabandhu Bhaban in the capital at 7:30am on the occasion.

National and party flags will be hoisted atop at Bangabandhu Bhaban at Dhanmondi and party offices across the country at 6:00am. The national flag will also be hoisted at Mujibnagar.

Wreaths will also be laid at the Mujibnagar Memorial at 10:00am while a discussion will be held at Sheikh Hasina Mancha at 10:30am.

Awami League central and local leaders will spoke at the discussion with party presidium member Mosharraf Hossain in the chair.

On April 17, 1971, senior Awami League leaders, led by Tajuddin Ahmed, gathered at Baidyanathtala in Meherpur under Kushtia formed the provisional government of Bangladesh.