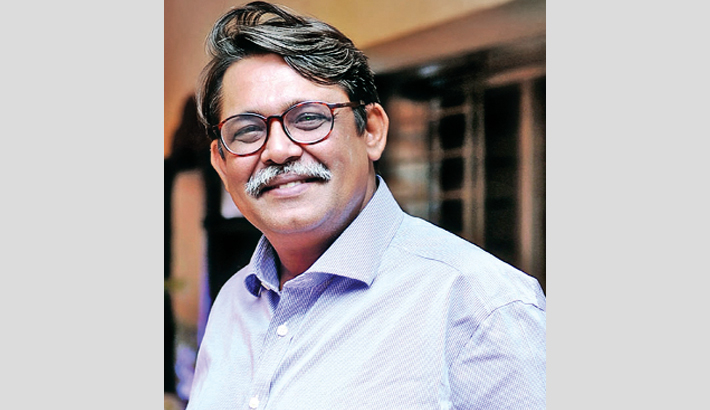 There were sounds of kicking on the main wooden door. The dogs in the garden were barking in full throat, but suddenly they became silent. It was a sunny day just a few days after the Bengali New Year Pohela Boishakh, which was already bleeding with the blood of thousands seeking independent Bangladesh and passed away without any notice for the first and possibly the last time.

Those chanting “Joy Bangla, Joy Bangabandhu” were either dead or had fled the port city of Chittagong long ago along with my father – martyred freedom fighter Lt. Col. M. Abdul Qadir of the Corps of Engineers. 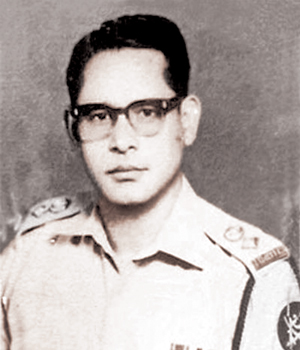 I do not know who else had entered the port city which had turned into a city of horror, but Col. Qadir did to see his loving wife Hasna Hena pregnant with their third child. That child, Naweed Qadir, was born in secrecy on 28 April 1971 at the Chittagong Medical College Hospital instead of the hill top clinic of an American doctor as planned.

But between that day when there were Pakistani army kicking on our door and Naweed’s birth, much had changed for the Qadir family. There were tears and pain which was so deep that the birth of Naweed could not be celebrated as much as we had planned with Col. Qadir and my mother.

Yet, Naweed brought us joy in the midst of gun shots as we looked at him and saw a “miniature” Col. Qadir, with his toes bend just like his father due to wearing military boots.

My father was a Bengali nationalist possibly from his birth and fought his way to the military from his village home despite objections from his father. Village elders remember him as a very courteous, but a naughty boy. He was known for his good results in school and Carmichael College in Rangpur, besides his determination to continue his education with the blessings of his mother. He made a name in the army professionally and as a Bengali nationalist. He was named “Bhashani” after the great peasant leader.

As a young captain he faced court martial by slapping and injuring a Punjabi officer when he called my father “Ye Bangali come here.” He was acquitted in the court when he told the judges that the Punjabi officer had no right to make fun of his real identity – a Bengali.

In 1966, he wrote to Chief of General Staff General Yayha Khan that the Bengali soldiers in the barracks must have rice once a day, instead of roti, which was alright for non-Bengalis. This was in response to an appeal made by Bengali soldiers in his Engineer Battalion in Lahore, Pakistan.

All predictions of him being punished or sacked for making such a proposal by fellow officers, General Khan, later to be known as the Butcher of Bengal, wrote back saying Col. Qadir’s proposal was accepted by the high ups. Since then all Bengali soldiers across Pakistan enjoyed their staple food – rice – once a day.

Col. Qadir met Father of the Nation Bangabandhu Sheikh Mujibur Rahman in 1968 to pledge his loyalty to the great leader and to the cause of Bangladesh. He joined his new job in Chittagong in September 1970 and soon after started to work for an independent Bangladesh as per directions of Bangabandhu.

He would shout “Joy Bangla” since the March 7, 1971, historic speech of Bangabandhu and would tell us “an independent Bangladesh is not far away … we just need to get recognition of India.” My mother would plead not to be so outspoken as he was still in active service. Instead, he raised the Bangladesh flag along with a black one as ordered by Bangabandhu at his government office and at home.

The flag hoisting in the front garden of our 70 Panchlaish Residential Area home was filled with excitement. Little did I understand that clearly told the world that he has revolted against the state of Pakistan for a yet-to-be-born country called Bangladesh. He held secret meetings with fellow Bengali army officers and made me sit tight in the car with our dog Rusty for hours.

He would sing Bengali folksongs as he sent me off to sleep. He would discuss with me about the expected baby and how I should treat the new member of our family. Interestingly, he has been saying “you will have a baby brother” months before he was born. Wonder how he knew the new born will be a boy – my brother Naweed.

The loss of my father was different for my mother, Naweed and myself.

My mother never stopped crying and waiting for her husband. “Bring me proof and then I will believe he is no more.” I did get the proof in 2007, eight years after she left us for heaven. It was a life of sorrow, pain and struggle as she was alone with Allah only with her. Only some of my father’s close junior colleague and their wives were with her. In 1999, when she suddenly left us it was Army Chief Lieutenant General Mustafizur Rahman and Mrs. Rahman who ensured her best treatment at the Combined Military Hospital. He took charge of her burial and we will remember his gestures and words of consolation always. There were the former army chief Lieutenant General M. Mahbur Rahman and Mrs. Rahman too. They loved my father.

For Naweed, he never met his father or got his loving touch as he was born 11 days after Col. Qadir was martyred. He had to face a cruel world when some elements would irritate him by saying he was a war baby, not Col. Qadir’s son. In 2011 he touched the soil of his father’s grave in Qadirabad Cantonment, Natore. That was the closest meet between the two. That grave was possible due to kindness of Prime Minister Sheikh Hasina – our mother-like Apa. We remain eternally grateful to this great person.

For me, I had to become the man of the family at age 10 and I lost my childhood to serious family responsibilities. Facing the cruel world with my elegant and dignified mother also taught me few things to face the world as I grew up.

The post-independence scenario was not easy, yet a brave lady, my late mother, fought every day to give her children a decent life and the best of education. But, her tears never stopped as she offered prayers for the return of her beloved husband – Col. Qadir.

My mother and I have got one big present from the premier – the execution of the main war criminals.

Like my father who wanted an independent Bangladesh as a soldier of Bangabandhu and then a proud Bangladesh, we have a long way to go still and that is when it hurts and Naweed asks why Col. Qadir sacrificed his life!

Col. Qadir is just one name and we are just another family of a martyr, but most like him or us want a Bangladesh that will have good governance, and be free from Razakars, pro-Pakistani elements and corruption. Patriotism will be the key word.

Then the sacrifice, the tears, the pain of not having the love of a father or the lost childhood would have a meaning to say “Joy Bangla.”