None but a Cruel Society Killed Nusrat 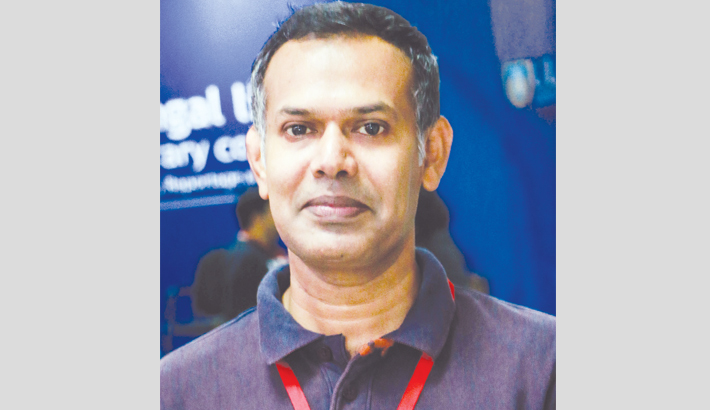 We are boiling with rage and filled with sorrow at the death of a brave madrasa student Nusrat Jahan Rafi who was sexually harassed by Maulana Siraj Ud Doula, principal of Sonagazi Islamia Senior Fazil Madrasa. Despite the fact that she suffered 80 per cent burn injuries, we prayed and hoped that she would come back to her normal life. But we couldn’t save her. Nusrat lost her battle for life on Wednesday night, five days after the incident, at Dhaka Medical College and Hospital. This brutal killing has triggered mass outrage across the country, with people from all walks of life staging demonstrations and human chains seeking immediate justice for her murder and demanding capital punishment for the principal and his accomplices.

Before Nusrat was set ablaze with kerosene by the alleged accomplices of Siraj Ud Doula on April 6, she along with her mother went to Sonagazi police station to file a case against the principal who was continuously threatening and silencing her for her protest against the sexual assault by him. In turn, she and her family came under pressure from the local thugs but they didn’t withdraw the case amidst death threats by the principal’s accomplices. Later she gave a clear statement -- describing the horrific attack made by a group of four burka-clad people – in front of the doctors when she was put on life support in the hospital on April 7. She wanted to fight for life and keep protesting against the barbaric incident.

Crimes are committed in all societies, but right to justice is ensured in a civilised society. Now some relevant questions are – how do the criminals, even if they are proved guilty, enjoy impunity in our country? Is this because they have got money, muscle and political power to escape the law? Why do the victims have to face death threats from the culprits/perpetrators/rapists/killers in our society? Why don’t the people have faith in law enforcing agencies/police and the judicial system that are compelled to give security/justice to the victims? Why did Nusrat have to succumb to her injuries eventually? Who will be held responsible for Nusrat’s death, and who will ensure justice for her killing?

We, as a society, need to ask for the answers to the abovementioned questions. We have already witnessed how Sagor-Runi and Tonu murder cases had frozen; which is why the court also hinted at those cases and the investigating authority’s subsequent failure. The court mentioned that Police Bureau of Investigation (PBI) started holding an inquiry into the incident, and Prime Minister Sheikh Hasina herself was very concerned about the barbaric crime. Besides, the court uttered, “Please keep faith in the investigation … we’ll interfere, if there is any negligence.” We must appreciate the court’s straightforward statement and its bold pronunciation in this regard.

This is very unfortunate that when everyone or any department concerned fails to accomplish an important task, the prime minister has to direct. It has now become a common practice. She directed that culprits wouldn’t be spared. She also added, “I personally believe they will face exemplary punishment so that no one can dare to commit such a heinous crime in future.” When our prime minister intervenes, we see a ray of hope. But, isn’t it unbecoming that the prime minister has to interfere in day-to-day affairs in a parliamentary democracy? Aren’t the ministers having defined responsibilities independent or efficient enough to take any judicious decision when they are to deal with any serious problem or face any difficulty?

However, a massive human chain has been formed, demanding justice for the murder of Nusrat, in the capital. The chain - which stretched from in front of the prime minister's residence in Ganabhaban, to the president's official residence Bangabhaban - was formed on Saturday morning (13 April 2019).

It’s also very important to find out why the local police officials didn’t cooperate with her family and make sure these culprits/alleged killers are not granted bail. Even no lawyers should come forward to stand by them. We have come to know from the newspaper reports that they were backed by the politically influential people. And being afraid of the principal’s political and financial clout, the Sonagazi Islamia Madrassa teachers didn’t even dare to raise their voice against him. According to Nusrat’s statement, Siraj Ud Doula allegedly assaulted Nusrat on March 27 in his room.

Nothing will change if we, the people, remain onlookers. We seem to have become ostriches about the rampant corruption, murders, rape and other crimes taking place in the society. We look so indifferent to the social injustice. We somehow accept the police’s inaction. We fear raising voice for a justified cause because we have become cruelly selfish.  Our humanity seems to be at stake. Until we face this kind of brutality or any danger in our lives, we choose to keep mum and stay nonchalant. We must believe that only the responsible and conscious citizens can drive the bad people out of the civilised society. Or else, the good people or the protesters would be driven out of the State eventually. In fact, our silence approves of the perpetrators’ crimes or wrongdoings!

The writer is an associate professor and chair, Department of English, Stamford University Bangladesh. He can be reached at [email protected]