‘We discuss our kids now’ 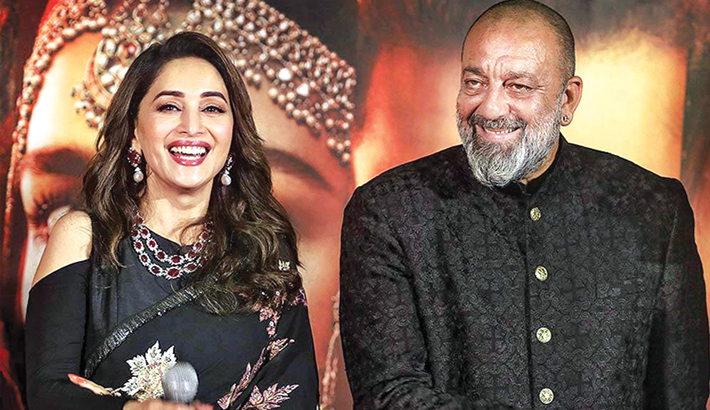 They were rumoured to be dating each other in the ‘90s and Karan Johar’s latest production, Kalank, brings them back together onscreen after 25 long years, reports Hindustan Times.

So what do Sanjay Dutt and Madhuri Dixit talk about now? Well, kids and their education, insists Madhuri. They’ve worked together in hit films such as Saajan, Khalnayak and Thaanedar in the past.

In an interview to Mumbai Mirror, Madhuri has said, “We enjoy pulling each other’s leg. We both have kids now and discuss their education. It’s been great working with him again.” She also revealed that she signed the film without reading the script because Karan is a close friend.

Madhuri also revealed that she may soon come up with a new single. “I’ve cut an English album but am yet to shoot the songs. Hopefully this year we will get that done,” she told the tabloid.

Having watched Varun as a child, Madhuri said, “I’ve seen Varun as a child when we were filming his dad’s (director David Dhawan) Yaraana in Switzerland. He couldn’t sit in one place for long and was always running around. I would tell him to dance and give him marks to keep him occupied. He always wants to do the best and is a marketing whiz. There are so many ideas buzzing in his head all the time.”