Votes going in BJP’s account due to EVM malfunction: Mayawati 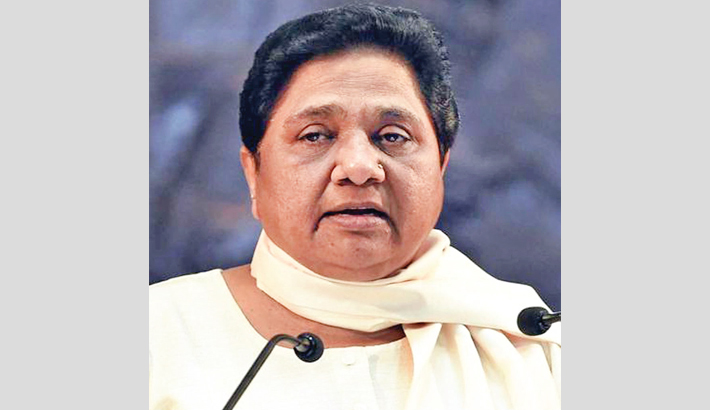 Lucknow: Alleging that EVM malfunction during the first phase of polling resulted in votes cast going in BJP’s account, BSP chief Mayawati asked the Election Commission to take a serious note of this and initiate steps to check its recurrence in the remaining six phases of the general elections, reports PTI.

She said that if the poll panel does not initiate any strict step, the ongoing election process “would be of no use” and hoped that something concrete will be done in this regard.

The seven-phase Lok Sabha polls began Thursday with an estimated 9 crore people coming out to vote for electing 91 parliamentarians in the first phase of over-a-month-long polling exercise.

“I was told that in the first phase yesterday, police and official machinery was misused besides malfunctioning in EVMs as a result of which the votes being cast in favour of elephant were going in the account of lotus (BJP’s poll symbol),” the BSP chief said in a statement here.

She said the matter was brought to EC’s notice Thursday itself and the poll panel “needs to find a solution to people’s satisfaction” to ensure that there is no complaint in this regard in the remaining phases of polling.

Incidents of EVM malfunctioning have also been reported in the media, Mayawati said, while also alleging that in some places Dalits were stopped from reaching polling booths by use of batons against them and by firing in the air.