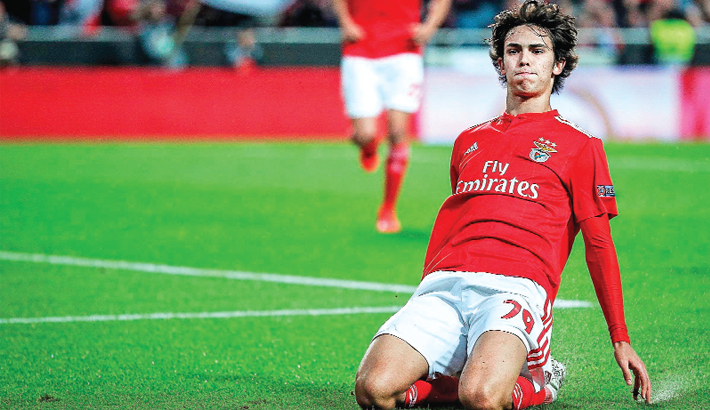 19-year-old Joao Felix became the youngest ever player to score a Europa League hat-trick and set up the other goal in 4-2 win over Eintracht Frankfurt that leaves the Bundesliga side, who had to play with 10 men for 70 minutes, with an uphill task to make the last four in Germany next week, report agencies.

The Portugal youth international is considered one of European football’s brightest talents and he delivered on that reputation with a stunning display that overshadowed Luka Jovic’s return to Estadio da Luz.

Serbia striker Jovic, who is in the second term of a two-season loan at Frankfurt from Benfica, also got on the scoresheet against his parent club.

Felix, a revelation in his first season in the Benfica first team, got the ball rolling from the spot in the 21st minute after Evan N’Dicka was sent off for shoving over goal-bound Gedson Fernandes.

He put the hosts back in front just before the break after Luka Jovic — on loan from Benfica — scored a shock leveller against his parent club in the 40th minute.

Ruben Dias made it three when he headed in Felix’s flick-on a from a corner, and the 19-year-old side-footed home Alex Grimaldo’s cross to complete his treble nine minutes into the second half, before Goncalo Paciencia pulled one back with his head from a corner to keep the tie alive.