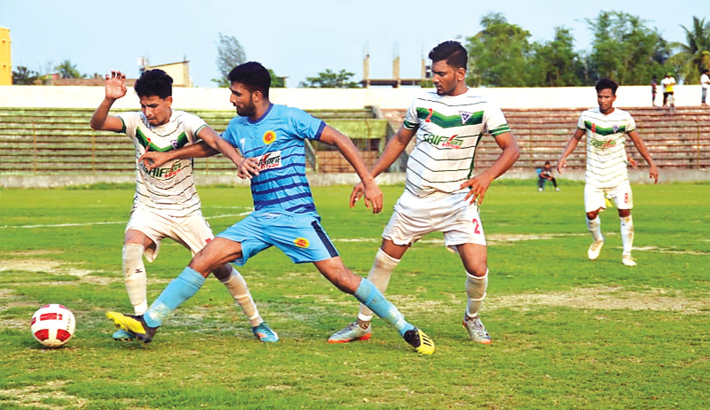 Instead, Chittagong Abahani got another success when Magalan Ugochukwu Awala scored his second goal in the stoppage time to win the match 3-0.

Besides, the match between Muktijoddha Sangshad KC Ltd and Mohammedan SC Ltd Dhaka ended in a 1-1 draw at Sheikh Fazlul Haque Moni Stadium in Gopalganj on Friday.