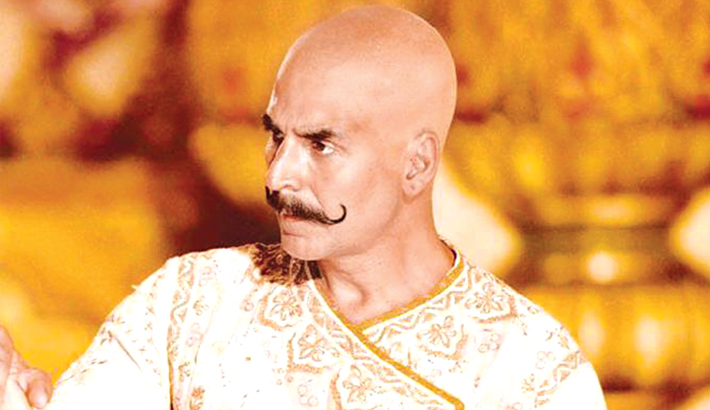 It is no secret that Akshay Kumar’s Housefull 4 revolves around reincarnation. The comedy, featuring Bobby Deol and Riteish Deshmukh, has two tracks - while one portion traces the protagonists’ lives in the present day, another segment is set 500 years ago, reports mid-day.

Akshay will be seen as a maharaja in the segment that deals with the past life, with Deol and Deshmukh playing his royal courtiers. Turns out, the female actors - including Kriti Sanon, Kriti Kharbanda and Pooja Hegde - will step into the shoes of princesses.

A source from the creative team says, “The fourth instalment offers a hilarious spin on reincarnation. In the first half that is set in the 16th century, Akshay sports different looks as the king. In fact, the picture of one of his looks, where he is flaunting a bald pate, went viral last year. Bobby, on the other hand, will be seen sporting long hair in this portion. Since Chunkey Pandey’s character Aakhri Pasta has been established as half-Italian in the previous editions, the makers were struggling to incorporate him in the 16th century. After much deliberation, it was decided that he will be seen as Vasco Da Gama’s nephew. Given its period drama feel, this track was filmed across Rajasthan. A sizeable portion was also shot at Film City, where a lavish palace was constructed.”

While the present day story - that was extensively shot in London - was easier to implement, the source adds that the track chronicling their previous birth is heavily driven by special effects. “Sajid Nadiadwala (producer) has allocated a huge budget for the VFX. We have to create a royal city that is reminiscent of the architectural style prevalent 500 years ago. The special effects team has begun their work, with director Farhad Samji and Nadiadwala supervising it to ensure the film meets its Diwali date.”