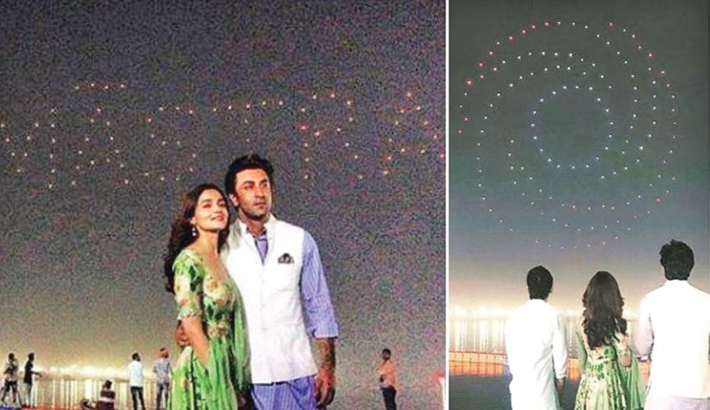 Alia Bhatt believes what Ayan Mukerji has created with Brahmastra is unique and at par with global standards. The first part of the three-part fantasy drama series, which stars Ranbir Kapoor, Alia and Amitabh Bachchan in important roles, will hit screens around Christmas this year, reports mid-day.

Alia said that she has immense faith in Ayan’s vision. She said: “Ranbir and I have always maintained that Brahmastra is not a superhero film; it is a mystical fantasy drama. There is no reference [for comparison]. It’s a new film that is emerging from our industry. It could be a film that will make this industry proud and put us on a global pedestal. I don’t want to blow my own trumpet, but there’s immense faith in Ayan’s vision.”

Alia also lavished praise on Ranbir and his craft. She said: “I have always been a great admirer of his craft. He is an honest actor who extracts the best from himself when in front of the camera. There are no trappings, and even if he has a process, it is an internal one, on camera.”

The logo of Brahmastra was unveiled at Prayagraj on Maha Shivratri in March during the Kumbh Mela. The spectacular drone presentation that revealed the Brahmastra is one of its kind. Alia says Brahmastra has been the biggest of weapons in mythology and occupies an all-important place from the Ramayana to the Mahabharata. She added that Brahmastra is not simply a superhero film, it is mystical fantasy drama.

The film has been shot in various places across the world including Israel, Bulgaria and Mumbai. Apart from Ranbir, Alia and Amitabh, it also stars Nagarjuna and Mouni Roy.