5 Bangladeshi films to be screened at SAARC Film Fest 2019 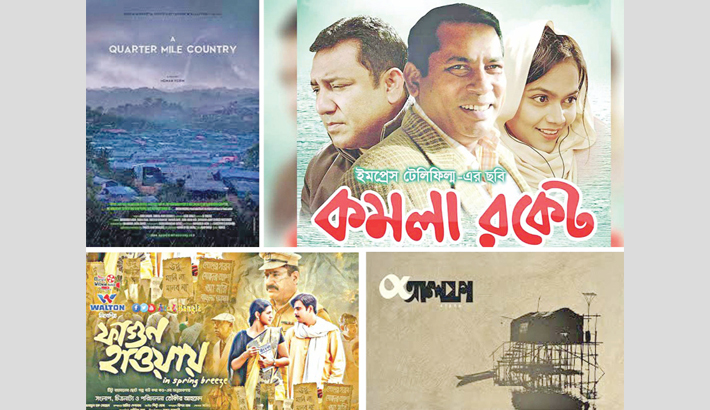 A total of five Bangladeshi films will be screened at the 9th SAARC Film Festival which will begin from May 7 in Colombo, Sri Lanka.

Among these films, two films are full-length features and two are short films, and one is master film.

The full-length films are ‘Fagun Haway’ directed by Tauquir Ahmed and, ‘Komla Rocket’ by Noor Imran Mithu while the two short films are ‘A Quarter Mile Country’ by   Noman Robin and ‘See You’ by  Chaitali Samaddar and Saiful Akbar Khan.  And the Master film is ‘Alfa’ directed by Nasiruddin Yousuff.

It may be mentioned that, five films from each SAARC countries will participate in the festival.

A reputed panel of international judges will select the best films and recognise the individuals who are at the very core of this creativity as a form of encouragement and respect to continue producing quality, thought provoking and representational films for the Region.

The SAARC Film Festival 2019 will focus on films created in South Asia and first screened after 1st May 2017.  Directors and artistes of these films will be invited to participate in the workshop, which is conducted to encourage and improve future productions.

Each Member State can nominate a maximum of 4 persons, including Film Directors and Film Artistes, to attend the Festival.

The festival will continue till May 12.