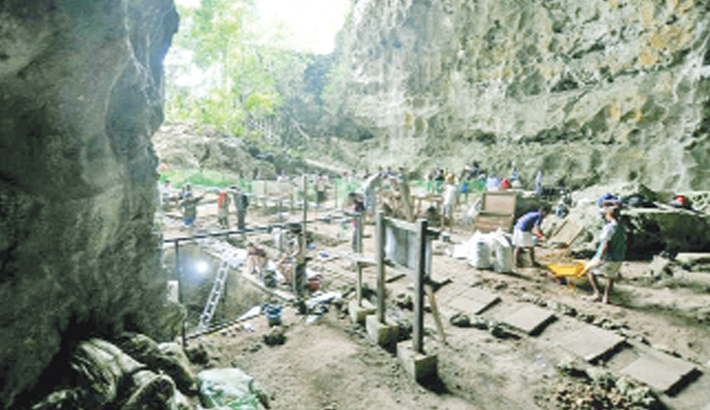 TOKYO: The human family tree has acquired a new branch with the unearthing of a previously unknown species of human that lived on an island in today’s Philippines some 50,000 years ago, reports AFP.  The species, dubbed Homo luzonensis after the island of Luzon where its remains were found, is not a direct ancestor of modern day humans, but rather a distant ancient relative.

But the discovery, published in the journal Nature on Thursday, adds to a growing body of evidence that human evolution is not as linear as was once thought.

It also raises questions, including how the species arrived on the island and who its ancestors were.

The “remarkable discovery... will no doubt ignite plenty of scientific debate over the coming weeks, months and years”, said Matthew Tocheri, associate professor of anthropology at Canada’s Lakehead University, in a review commissioned by Nature.

The researchers from France, the Philippines and Australia found the remains in the Callo Cave, where a bone dating back 67,000 years was discovered in 2007.