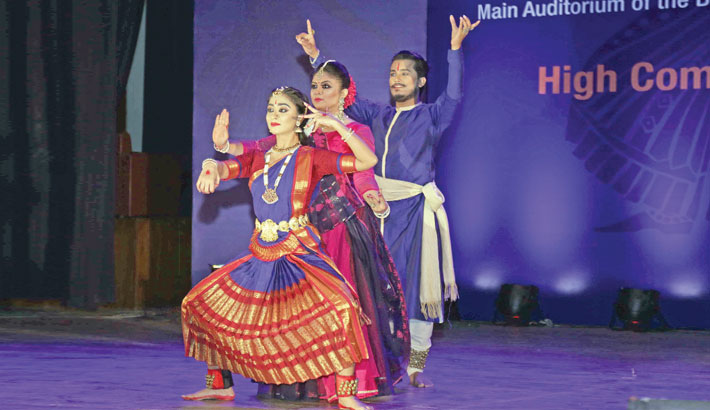 The High Commission of India, Dhaka, celebrated the foundation day of the Indian Council for Cultural Relations (ICCR) at the main auditorium of Bangladesh National Museum in the capital’s Shahbagh area on Tuesday.

The High Commissioner of India to Bangladesh Riva Ganguly Das was also present in the function.

About five hundred guests including former ICCR scholars and special invitees attended the function. Some of the ICCR scholars shared their experiences of studying in India.