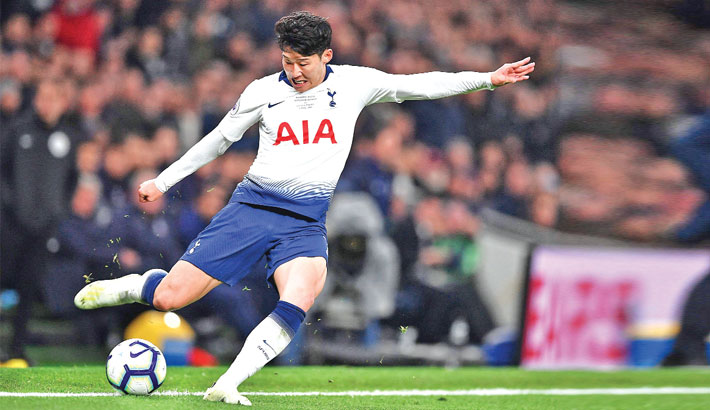 It is all happening very fast at ­Tottenham Hotspur, who opened their first new stadium in 120 years last week and by next Wednesday could find themselves in the semi-finals of the European Cup for only the second time in a history after defeating Manchester City by 1-0 margin, reports The Telegraph.

Without Harry Kane, injured in the second half, a masterful finish from Son Heung-min with 12 minutes to play meant that Spurs are the team on top.

As a game it had a lot to take in, including the injury to Spurs’ star player, in a collision with Fabian Delph that was largely of Kane’s own making. Before that there was a video assistant referee review that led to a first-half penalty that no one but Uefa would deem sensible, and then Sergio Aguero’s subsequent miss.

The two sides played the game like it was a final, with plenty of ­energy and no little bad feeling – and the great noise in the new ­stadium at White Hart Lane was a response to that.

Pep Guardiola side had more of the ball, but in the moments that really decide these emotionally charged occasions – that Aguero penalty especially – their nerve seemed to fail.

Guardiola left out Kevin De Bruyne and Leroy Sane and then brought them on for the final few minutes, when those in their place had not managed to dominate the game.

Spurs had created more in the first half, with chances for Kane and Dele Alli, who was lively. After the break, they were pushed back by City, but then came Son.

Played in by Christian Eriksen down the right channel, he delayed his run to stay onside. When his first touch did not take him towards goal, he retrieved the ball on the touchline, doubled back past Ederson and then Delph and unleashed a shot with his left foot that beat the City goalkeeper on his line.

The second leg of this compelling Champions League quarter-final is some cliffhanger for the nation to wait a week for but, given the intensity of the first part, it will be quite a game at the Etihad ­Stadium.