Rusty Taskin back in pitch 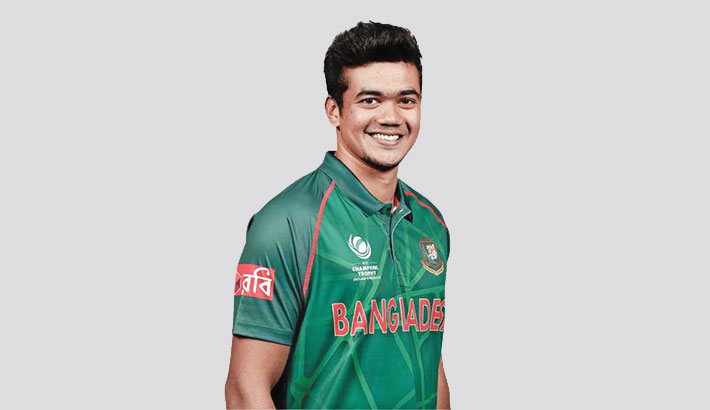 Bangladesh pace bowler Taskin Ahmed looked nothing short of rusty as he began his mission to grab a place in Bangladesh squad in the upcoming ICC World Cup by returning back to competitive cricket after an injury lay-off on Wednesday.

Taskin looked poised to make an impression and as a result tried everything for table-toppers Legends of Rupganj against Uttara Sporting Club in the ongoing Dhaka Premier Division Cricket League (DPL) encounter.

But he hardly looked good enough as the opponent batsmen never looked to be scared against his short balls, the most used ones during his five-over spell which cost him 36 runs without any success.

It was understandable that Taskin would be keen to show that he is ready to claim his stake in the World Cup squad more so after several media outlets report WC squads for Bangladesh every other day.

But there is a huge difference between match fitness and being able to bowl few overs in full run-up in couple of sessions and it was exposed badly when he was thrashed by the lesser-known names at Sher-e-Bangla National Stadium in the capital.

Taskin sustained an ankle injury while trying to take a catch in the boundary line during his side, Sylhet Sixers’ last match of the Bangladesh Premier League sixth edition. The injury ruled him out of Bangladesh’s ODI and Test series in New Zealand.

His decision to start playing competitive cricket few days earlier than the plan initially chalked out by physicians was certainly a sign of his desperation other than anything else as he needed to start from somewhere.

“Naturally I had butterflies in my stomach,” Taskin told daily sun after the match at Mirpur on Wednesday.

“I am bowling in a competitive match after a pretty long gap and it’s not easy to deliver right away from an injury,” he said.

“I am happy that I could complete the game without facing any kind of problem and if my progress is on course than it won’t take long for me to get back into groove,” he added.

Taskin added that he tried to bowl short intentionally as that would helped him to gain some confidence as this delivery requires huge amount of effort apart from the other deliveries tried by pace bowler.

“I bowled short intentionally. You need to put lot of effort when you try to bowl short balls and I just wanted to check out whether I still have got that strength,” said Taskin. He added that he is well aware that he is running out of time to prove his fitness ahead of the World Cup.

Former national pacer Nazmul Hossain, who is overseeing Legends’ pace department as their pace bowling coach said that they are quite aware that Taskin would need some time before getting back to his best but if he can continue than certainly the future looks bright for the national spearhead.

“The important thing was whether he was in a good rhythm or not and it looked he never lacked in this aspect,” said Nazmul.

“It’s true that he bowled quite a few short deliveries but at the same time you must remember that he is coming from a long layoff and certainly he would try several thing to get back his confidence,” he added.

Bangladesh Cricket Board (BCB) Chief Selector Minhajul Abedin was present at SBNS from the morning onwards just to make sure he does not lose sight of even a single delivery of Taskin, who can be a major part of Tigers bowling arsenal in the World Cup, provided he makes it into the squad after passing the fitness test.

“He took to the field after a long layoff. It’s just a matter of time before he gets back to the rhythm back because he was injured for a long time. He just returned to action,” said Minhajul.