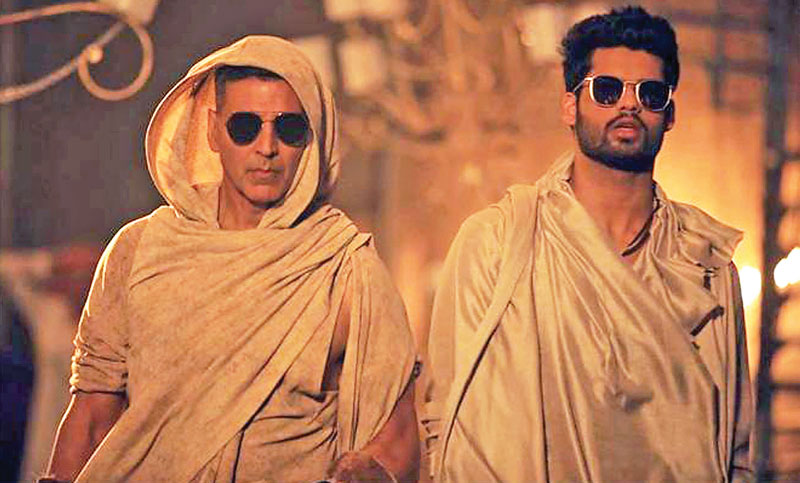 Karan Kapadia had earlier announced that the film has a special surprise. On Tuesday morning, Karan revealed the surprise through his Instagram account. Akshay Kumar, who is Karan Kapadia's brother-in-law (Twinkle Khanna's cousin) agreed on doing a special song for Blank. Excited about the same, Karan shared a picture of the two on Instagram and wrote: "Are you ready? Like I said, something special coming soon"

Belonging to the film industry, there was a question of him being the product of nepotism. Talking to mid-day about his debut vehicle, Karan Kapadia said that he bagged the film on his own merit, and didn't seek anyone's advice for it.

"I've never used my extended family's surname to bag a meeting. I decided to sign this film and then, told my folks about it. I didn't specifically go to Akshay sir to seek his advice.

My family was happy that the entire process happened organically," says the youngster.

Karan Kapadia had an assistant director on Akshay Kumar's film Boss (2013) to learn the nuances of working on a film.