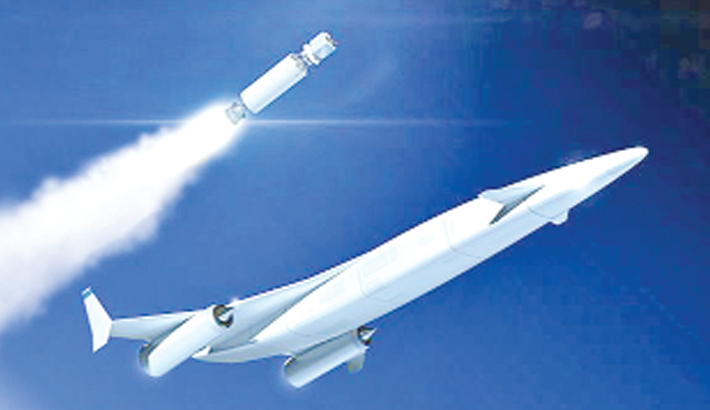 The Sabre air-breathing rocket engine is designed to drive space planes to orbit and take airliners around the world in just a few hours.

To work, it needs to manage very high temperature airflows, and the team at Reaction Engines Ltd has developed a heat-exchanger for the purpose. This key element has just demonstrated an impressive level of performance.

It has shown the ability to handle the simulated conditions of flying at more than three times the speed of sound.

It did this by successfully quenching a 420C stream of gases in less than 1/20th of a second. The REL group is confident its “pre-cooler” technology can now go on to show the same performance in conditions that simulate flying above five times the speed of sound, or Mach 5.

That would mean rapidly dumping the energy in a 1,000-degree airflow.

“We’re now able to prove many of the claims we’ve been making as a business, backed up by very high-quality data,” REL’s CEO Mark Thomas told BBC News.

“In this most recent experiment, we’ve near-instantaneously transferred 1.5 Megawatts of heat energy - the equivalent of 1,000 homes’ worth of heat energy.”

The testing was conducted at a dedicated facility at the Colorado Air and Space Port in the US. Sabre can be thought of as a cross between a jet engine and a rocket engine. At slow speeds and at low altitude, it would behave like a jet, burning its fuel in a stream of air scooped from the atmosphere.