Ethnic Minorities in Bangladesh and Their Human Rights 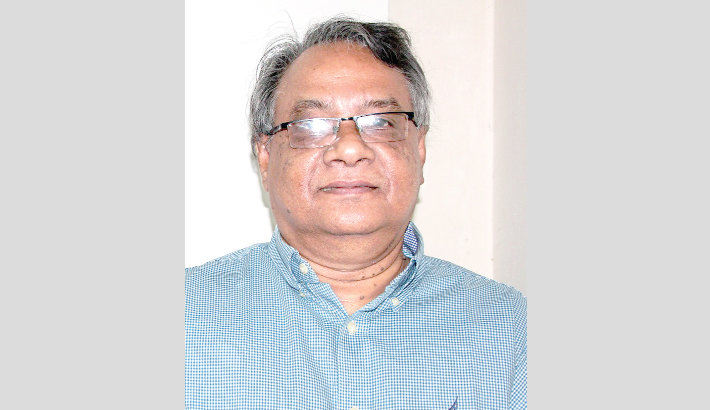 In recent years, ethnic minorities have become vulnerable to human rights violations in different parts of the country. The most recent incidence has been arson attack on one of such communities in Naogaon District to evict them from their dwelling houses. But it needs to be mentioned here that ethnically Bangladesh is a diverse country though the overwhelming majority of the people are Bengali. The term indicates both an ethnic and a linguistic group. The "ethnic communities" or "ethnic groups," refer to the people whose linguistic and cultural backgrounds are different from those of the mainstream population of the country.

The Bengalis owe their origin to the various types of communities that came and settled in the region at different points of time in history. On the other hand, there are other smaller ethnic groups of at least 34 spread over the plain land and 11 inhabiting the three Hill Districts of the country. They are ethnic minorities. In the broader sense, ethnic minorities can be characterised as groups with characteristics of being numerically less than the rest of population of the country; adhering to a culture, a language, a religion, a race, etc., distinct from the majority of the population with wills to preserve their unique identities. 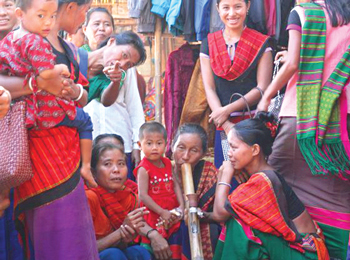 There are ethnic minorities living in various regions of Bangladesh. By religion, they are mostly Buddhists, Hindus, Christians and Animists. The same laws of the land are applicable to the ethnic minority groups like the majority. However, it is alleged that they are subjected to various human rights violations particularly with regards to rights to land, livelihood, language and culture. The plain-land ethnic minorities suffer land deprivation largely because of non-implementation of the provisions of the relevant land laws and regulations which prohibit the transfer of land from ethnic minority groups to others without prior permission. The results have been large scale land-grabbing either legally, though unethically, or forcefully by the rich and powerful belonging to the overwhelming majority. This phenomenon has proved to be disastrous as it has led to displacement and migration, loss of livelihood and threats to the preservation of the long-standing cultural heritage of the ethnic minority groups.

The Hill Districts include Rangamati, Khagrachari and Bandarban and they together comprise about 10 per cent of the total land area of the country with a population of little over one million. Soon after the emergence of Bangladesh, ethnic groups living there feared losing their distinct identities and also losing lands and habitats in the face of increased settlements of the Bengali speaking people. Successive governments failed to dispel their fears and concerns and they ultimately resorted to armed insurgencies for the realisation of their various demands. After about two decades, a peace treaty between the government and the Parbatya Chattagram Jana Sanghati Samity (PCJSS), the largest insurgency group, involved in armed insurgencies in the hills was signed on 2 December, 1997. The peace treaty ended the armed hostilities and prepared the ground for establishing and safeguarding the rights of the ethnic minorities living there and to accelerate socio-economic development of the region.

The other important objective of the treaty was to bring them back to the national mainstream. The peace treaty recognised the distinct identities of the ethnic groups of the Hill Districts. Special ‘Regional Council’ was created along with hill district councils for the three hill districts. As per provisions of the agreement, a separate ministry on Chittagong Hill Tract Affairs was also established. However, it is reported that many of the issues establishing their different rights are yet to be resolved largely due to legal and procedural complications. Among different issues, land settlement has been one of the most important issues that is yet to be resolved. To overcome these constraints, the government needs to streamline the procedures and develop effective mechanisms for the full implementation of the provisions of the peace treaty.

Moreover, the government needs to take more concrete steps and development initiatives for confidence building among the ethnic communities of the hill districts. Recently, government has undertaken various development projects that were resisted by the ethnic groups. With respect to the situations of the ethnic minorities living both in the plains and the hill districts, calls for a number of initiatives that include settlement of the issue of land rights through special legal means keeping the age old practice of land entitlements of the ethnic groups. They should be given livelihood support, especially by the government to raise their standard of living. The other non government actors should also come forward in a bigger way to provide different services to these ethnic communities.

The government should also take active initiatives to preserve their languages. This will help in preserving many of the languages. Here, it may be noted that in recent years the government has published school books in the language of some of the ethnic minorities. This initiative needs to cover all ethnic groups, large or small, so that their right in this particular area could be safeguarded. The other important aspect that also falls under human rights is the preservation of culture and heritage. In this area, various promotional measures are to be taken so that the rich and unique cultural heritage of different ethnic minorities, living both in the plains and the hills, could be preserved. This will strengthen our rich and tolerant cultural heritage.

A sense of isolation is another stumbling block to the mainstreaming of ethnic minorities. To help them overcome it various confidence building measures should be taken. These include affirmative measures and policies by the government for their participation in all spheres of national life along with ensuring preservation of their unique ethnic and cultural heritage. The above requires collaborative actions of various stakeholders. Alongside the government, the civil society and independent institutions and organisations need to come forward with programs and projects. In this regard, the government and stakeholders include particularly the administration, the security forces and law enforcing agencies. Their cooperation is essential in preserving the rights of the ethnic communities. In fact, they are to ensure the preservation of all constitutional and other legal rights of the ethnic minorities.

The civil society organisations can undertake measures for livelihood and awareness development of the ethnic communities and stand beside them in safeguarding their human rights by providing all possible assistance and support. It is perceived that successful implementation of the above initiatives by concerned stakeholders will enable all communities, large or small, of ethnic, religious and cultural diversities, irrespective of differences of any kind, to live in peace and harmony in Bangladesh. Otherwise, the noble purpose behind the creation of the country at the cost of the lives of millions will be defeated.

The writer is a Professor, Department of Public Administration, University of Dhaka and Member, National Human Rights Commission, Bangladesh