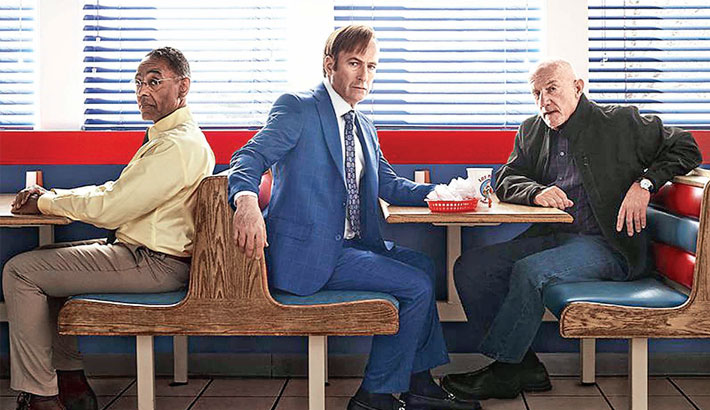 Bad news for those hoping to hang out with Jimmy McGill this year. According to AMC President Sarah Barnett, the fifth season of Better Call Saul won’t bow until at least 2020,reports PTI. The reasoning? “It’s driven by talent needs, which we would not override if it would result in a worse show,” she told Vulture.

The delay makes sense. After all, series creator, executive producer, and showrunner Vince Gilligan is hard at work on that Breaking Bad movie with Aaron Paul (and, yes, Bryan Cranston), so it’s not like he’s just zoning out to video games.

What’s more, the fourth season of Saul ran much later than usual, bowing late last summer as opposed to its traditional Spring release. So, regardless of the movie or the scheduling of talent, a delay was pretty much inevitable.

Of course, the big question is when the spinoff series will actually end. Breaking Bad capped things off at five seasons, so it’s a reasonable assumption that we should be due for Saul’s final shill.

Barnett teased as much.

“Well, we know clearly the end was already written before the beginning began,” she joked. “The writers, they have a very particular, very clear sense of the arc of their show.” She then dded, “We’re certainly getting closer to it.”

Sigh, looks like our time in New Mexico is almost up.