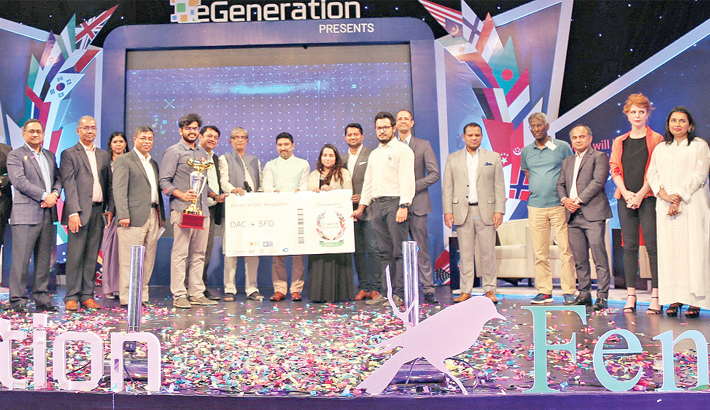 Bangladeshi technology firm Repto will uphold country’s flag at Startup World Cup which is considered as one of the most prestigious innovation contest globally.

Local organizers announced the country champion at a function in Dhaka on Saturday. Telecommunications Minister Mustafa Jabbar was the chief guest on the occasion. Fenox Venture General Partner Shameem Ahsan was also present.

Grand Finale of 2019 edition of the contest will begin at Silicon Valley of United States on May 17 where the champion team with get investment prize of $ 1 bilion, according to a statement of organiser.

Repto is an education platform for earning and sharing knowledge. Bongo and Solshare are first and second runner up respectively.